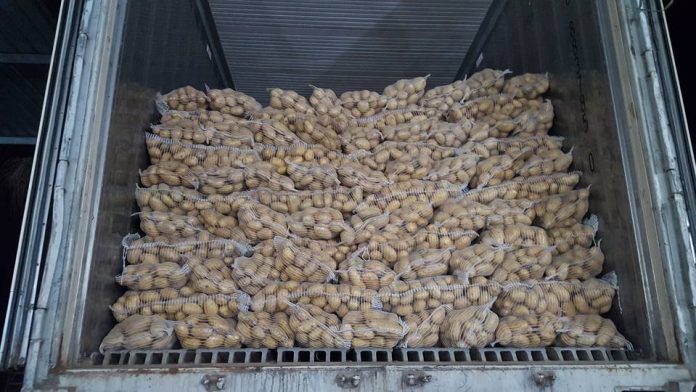 ISLAMABAD: Pakistan exported 0.570 million tonnes of potatoes to different countries during the last one year, out of the total estimated production of about 4.5 million tonnes.

Statistics issued by the National Food Security and Research Division on Friday revealed that the annual consumption of potatoes in Pakistan is 3.2 million tonnes.

Meanwhile, the government has directed the commercial counselor to ensure timely export of potatoes in different countries.

The Ministry of National Food Security and Research, with an aim to reduce the cost of doing business, has also established its temporary outpost at Okara to facilitate the exporters with regard to examination, inspection and certification of potato consignments.