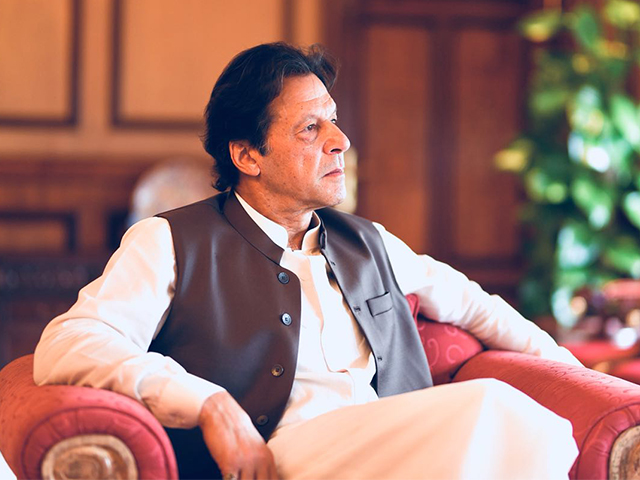 –Foreign remittances up by 12.5pc after govt incentives, PM told

ISLAMABAD: Prime Minister Imran Khan, while terming money laundering as a menace causing irreparable loss to the country’s economy, said on Monday elements involved in looting the national exchequer do not deserve any concession, adding that they should be unmasked before the masses.

He expressed these views while presiding over a high-level meeting here regarding the steps being taken to effectively check money laundering and the successes achieved so far as a result of those measures.

Tariq Bajwa briefed the meeting about measures taken by the State Bank and the commercial banks from across the country to check money laundering.

The prime minister was informed that with respect to fake bank accounts, six different banks had so far been fined Rs 247 million, whereas investigation against 109 officers was underway. The meeting was informed that hurdles in the way of letting Afghan refugees in Pakistan to open bank accounts were being removed and the work to provide the facility of opening bank accounts on the basis of POR (Proof of Registration) Card issued by the National Database and Registration Authority (NADRA) was in progress.

The prime minister was also briefed in detail about the issuance of suspicious transactions’ reports and the review and investigation of these reports by the Financial Monitoring Unit (FMU).

The meeting was informed that the capabilities of FMU regarding the review of suspicious transactions had been significantly boosted so that the relevant institutions could be timely informed about suspicious transactions. The prime minister was informed that with 1,136 Suspicious Transactions Reports (STRs) issued during the last two months (January-February 2019), the number of STRs issued in the year 2018 stood at 8707 as against 5548 in 2017.

The meeting was informed that with respect to financial intelligence sharing with other countries, Memorandums of Understanding (MoUs) were being signed with the United Kingdom, Qatar, the United Arab Emirates and Australia to promote exchange of information. The prime minister was informed that FMU’s coordination with the country’s various institutions, including the law enforcing institutions, was being improved to check money laundering through timely action on suspicious transactions.

The meeting was also briefed about the value of currency and other goods confiscated by the State Bank authorities with respect to money laundering and smuggling. It was told that with Rs 439 million of currency confiscated during July 2018 to January 2019 as against Rs 131 million of the corresponding period of previous year, the Customs authorities had achieved 235% increase in the confiscation of laundered or smuggled money. The prime minister was told by the Customs authorities that after the imposition of anti-money laundering law, a total of 335 suspicious transactions were issued during May 2016 to January 2019, which resulted into the recovery of Rs 6.6 billion after the investigation of over 500 cases.

It was further informed that from November 2018 to January 2019, First Information Reports (FIRs) were registered and 13 people were arrested in 11 cases of confiscation of currency worth Rs 305.06 million.

The prime minister was told that owing to the government’s incentives, the inflow of foreign remittances had witnessed 12.5 per cent increase. The interior secretary briefed the prime minister in detail about the measures being taken at borders and various airports to check money laundering. The prime minister on this occasion directed to make the FMU more effective and further strengthen it.