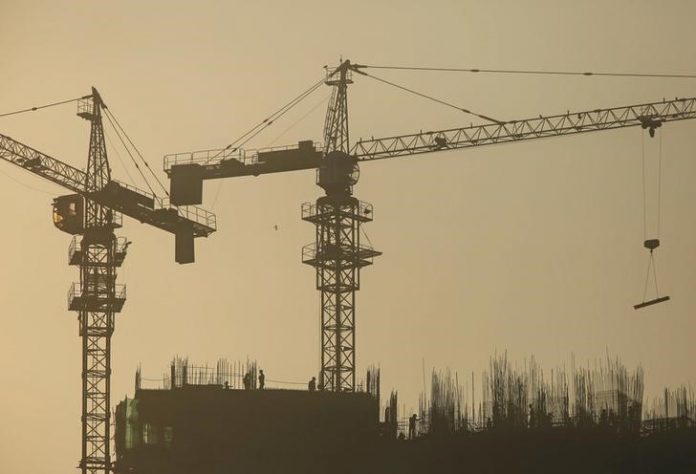 NEW DELHI: India’s economy appeared to be losing momentum in the approach to a general election that must be held by May, as a survey of economists forecast that growth slipped to 6.9pc annually in the October-December quarter.

The gross domestic product and the second advance estimates for the 2018/19 fiscal year ending in March will be released on Thursday around 1200 GMT.

Weaker domestic and external demand were key factors behind the economists’ expectations of sub-7 percent growth. India would still be growing faster than China’s 6.4pc growth in the same quarter, but its economy has decelerated from the more than two-year high of 8.2pc growth posted in the April-June quarter.

The current growth numbers may look respectable, but Modi faces a criticism that he has not done enough for the manufacturing sector and create enough jobs for millions of youth entering the jobs market every month.
Growing signs of weakness in India, most alarmingly the desperation of rural communities whose income have been hit by falling prices for farm produce, forced Modi earlier this month to increase state spending, and make direct cash transfers to farmers. That could marginally help growth rates, but it will increase the government’s debt.

This month, the Reserve Bank of India (RBI) cut its policy interest rate by 25 basis points to 6.25pc, and changed its stance to “neutral” to boost a slowing economy as inflation has come down sharply.

“The economic growth slowed in December quarter following weaker consumption as reflected by auto sales and slowdown in credit after a crisis in non-banking financial company sector,” A. Prasanna, chief economist at ICICI Securities Primary Dealership in Mumbai said.

Prasanna said economic growth in December quarter could fall to as low as 6.4pc.

Economic growth could suffer from a possible slowdown in state spending in the two months before the election.

But, Prasanna and other analysts still expected a pick up in coming quarters due to rising private investments and consumer demand, helped by lower interest rates and a fall in global oil prices.

Average industrial capacity utilisation during the four quarters that ended in September 2018 was about 74.5pc although the new orders growth has moderated, according to the RBI estimates released earlier this month.

Year-on-year growth in the industrial output in November and December 2018 were low at 0.3pc and 2.4pc, compared to the average growth of 5.7pc in the preceding seven months of 2018-19.

The country has underperformed in the manufacturing sector – though emerging as the world’s sixth biggest auto manufacturer, and expanding production of smartphones.

Inflows of foreign direct investment has slowed, dropping 7pc to $33.5 billion in the nine months between April and December 2018, reflecting investors concerns that Modi’s business-friendly government faced a tough contest and whoever wins the election could have a hard time pressing forward with needed reforms.

“The government needs to focus on addressing issues related to land, labour tax, the policy regime related to infrastructure, and overall ease of doing business,” Upasana Chachra, an economist at Morgan Stanley said in a note earlier this week.