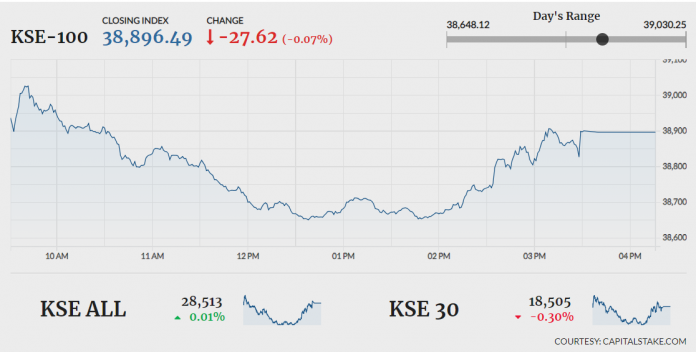 KARACHI: The Pakistan Stock Exchange (PSX) on Tuesday was once again under the curse of bears, as investors preferred to stay away from the market owing to lack of positive triggers and volumes.

Selling was witnessed by foreign investors on Monday with a total outflow of $7.31 million.

According to the latest data released by State Bank of Pakistan (SBP), foreign remittances increased by 11.8pc to $14.35 during the first eight months of the current fiscal year from $12.83 billion in the same period last year.

According to the recent data released by Pakistan Automotive Manufacturers Association (PAMA), auto sales declined by 13pc in February 2019 and were recorded at 19,712 units as compared to 22,654 in the same period last year.