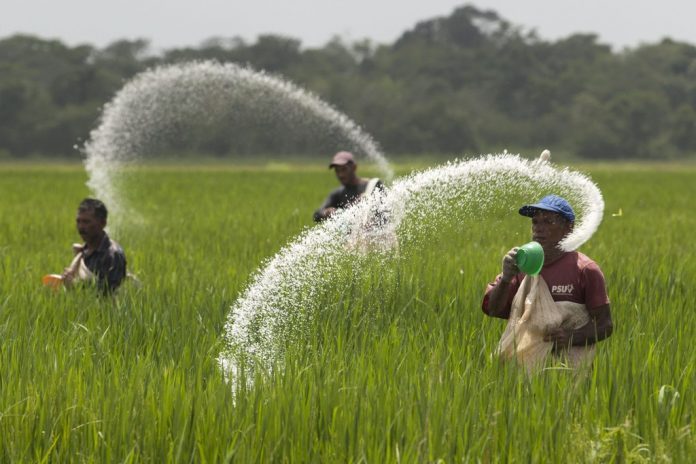 ISLAMABAD: Urea sales witnessed a nominal rise of 0.9pc during the five months of this year’s Rabi season (Oct-Feb FY19), as per the data released by the National Fertilizers Development Centre (NFDC) of the Planning Commission.

As much as 2.6 million tonnes of urea was sold during the period. Out of the total, 388,000 tonnes of off-take was recorded for the month of February, the smallest quantity of sale as compared to earlier months.

However, as compared to February 2018, urea off-take rose by 4.9pc in February 2019. The increase is attributed to the timely rainfall this season.

Compared to February 2018, the highest increment in urea usage was recorded for Sindh where usage expanded by 22pc (from 74,000 tonnes to 91,000 tonnes). Meanwhile, usage of urea in Balochistan and KP increased by 17pc and 6pc respectively. Punjab, on the other hand, observed a marginal decline in urea off-take.

The domestic production of urea in the month of February 2019 was only 373,000 tonnes, owing to disrupted operations of the LNG-based power plants (Agritech and Fatima Fertilizers) and scheduled maintenance of other urea plants (EFERT and FFBL).