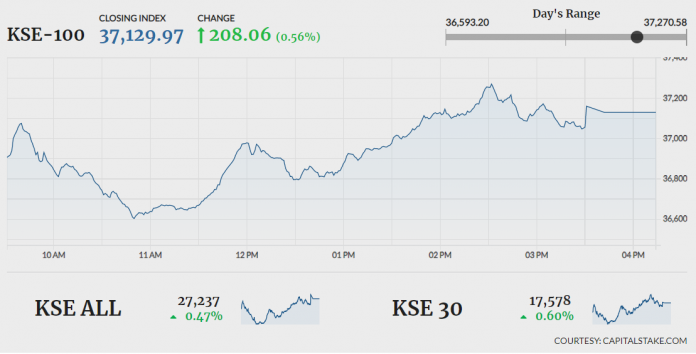 KARACHI: The Pakistan Stock Exchange took a breather on Tuesday, as indices managed to recover the losses made earlier in the session to end in the green zone. Foreign investors turned out to be net buyers on Monday with a net inflow of $2.23 million.

On the economic front, the finance minister announced that the government’s strategy to deliver medium-term economic framework targets is expected to be finalized by the International Monetary Fund later this month. He claimed that the country was out of economic crisis owing to the prudent policies adopted by the government, adding that structural reforms would put the economy on the right path going forward.