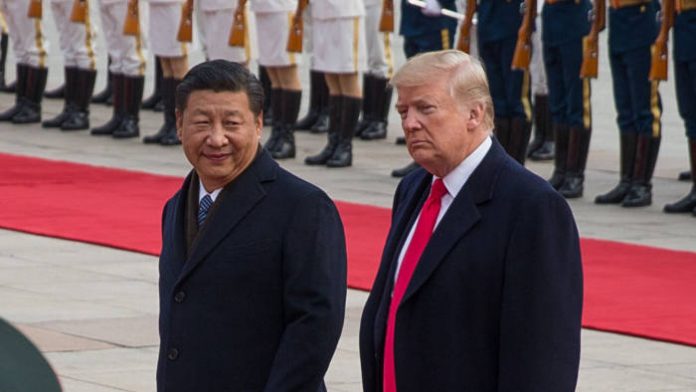 WASHINGTON: Any trade deal between China and the United States should be a long-lasting one that is consistent with multilateralism and addresses structural factors like intellectual property, a senior International Monetary Fund official said on Friday.

Changyong Rhee, director of the IMF’s Asia and Pacific department, also said market optimism over the fate of trade talks between Washington and Beijing could mean that a failure to reach a deal could trigger a sharp market reaction.

“If there is no agreement reached contrary to market expectations, the market can react quite negatively because they already factor in some agreement will be reached,” he told a news conference during the spring meetings of the IMF and World Bank in Washington.

Increasing optimism that US and Chinese negotiators are nearing a deal in their thorny trade talks has helped lift global stock prices, offering some relief to policymakers fretting about a growing global economic slowdown.

The United States and China have largely agreed on a mechanism to police any trade agreement reached, including establishing new “enforcement offices,” US Treasury Secretary Steven Mnuchin said on Wednesday.

But Rhee warned that the fate of trade negotiations remains uncertain and if the tensions persist, the damage could broaden beyond corporate sentiment and investment.

“Our general view is that trade tension has had a negative impact on Asia mostly still through the financial market … rather than trade flows directly,” he said.

“But as trade tensions escalate more, we are starting to see the trade flows affected.”

For any trade deal between the two countries to be substantial, it must include confirmation that existing tariffs will not be increased “but even better, to be reduced,” Rhee said.

It also needs to address structural issues such as fair trade, intellectual property rights and measures to open up markets, he said, adding that the agreement would otherwise be short-lived.

“A longer-lasting agreement is better,” he said. “The agreement also should be consistent with multilateralism rather than bilateralism between the United States and China.”

ISLAMABAD: The Economic Coordination Committee (ECC) of the Cabinet has approved a reduction in withholding income tax on the commercial import of white and raw...
Read more
GOVERNANCE

LONDON: Oil rose above $56 a barrel on Wednesday, supported by expectations the new US administration will deliver massive stimulus spending that would lift...
Read more
HEADLINES

The federal cabinet has waived one-dozen types of income taxes to raise around $2 billion in debt through Pakistan’s first Chinese currency-denominated bonds and...
Read more
- Advertisment -

January 20, 2021
LONDON: Oil rose above $56 a barrel on Wednesday, supported by expectations the new US administration will deliver massive stimulus spending that would lift...