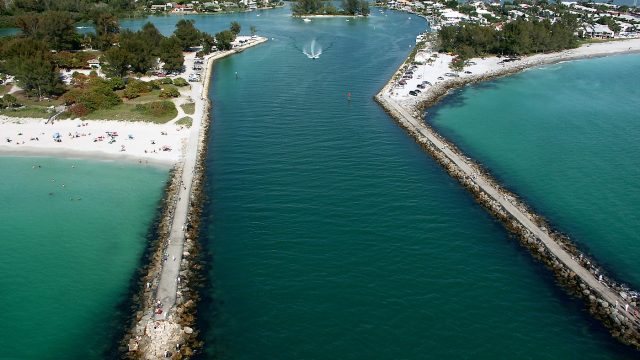 ISLAMABAD: The illegal jetties, established on the coast of Pakistan, are causing a loss of around Rs5 billion annually to the national exchequer, said Maritime Affairs Parliamentary Secretary Capt (r) Jameel Ahmed Khan in a letter written to the Federal Board of Revenue chairman.

As per details, the parliamentary secretary claimed that around 25-30 illegal landing jetties have been established along different areas of the country’s coast. The areas include Karachi Ibrahim Haidery, Mauripur, Keamari Islands, Thatta, Badin, Sakro Gharo, and Balochistan coastal belt.

“The said illegal jetties are operated by influential people of the areas who charge Rs1,000 to Rs5,000 from boats for using these jetties,” the letter disclosed. “This entire activity goes unchecked by the government agencies, causing an approximate loss of Rs4-5 billion annually in the form of (uncollected) taxes and duties.”

In addition, Khan claimed that the said jetties are being used for taking prohibited fishing nets into the sea while no record of fishing is found in this regard.

“These sites have becomes the ‘dens’ for smuggling of goods, fishes, fuel and even drugs to/from Pakistan,” he stated in the letter. “The said points can also be used by terrorist/foreign hands to penetrate their agents into Pakistan.”

He said that unfortunately, no customs, maritime security agency, coast guards, anti-narcotics force, Frontier Corps or police representatives have ever been deployed on these illegal sites which have encouraged the fishermen and other smugglers to carry on with their businesses.

“The practice is not only causing the state a great loss but is also jeopardizing the country’s security,” the parliamentary secretary maintained.

He said that the undersigned have raised concerns over the reports of Pakistani fishes being smuggled to Iran regularly by road as well as through sea.

“The fishes smuggled from these illegal jetties are exported abroad from Iran, causing a huge loss to the national exchequer on a daily basis. In return, the same sources are illegally bringing in Iranian diesel, fuel and other products into Pakistan,” he disclosed. “This is an organized and well-coordinated network but unfortunately, no concrete measures are adopted by the concern quarters to stop it.”

In view of the above, the parliamentary secretary requested the FBR chairman to initiate action in this regard in order to stop these irregular practices.

It is pertinent to mention that Pakistan have approximately 1,000km long coast running from Jiwani-Gwadar-Karachi to Keti Bandar. Pakistan has a massive fishing industry with a potential of generating $3 billion per annum through exports. However, the export currently stands at only $451 million per annum.

The scribe approached FBR spokesperson for comments but he did not reply till the filing of this story.

On the other hand, Parliamentary Secretary Maritime Affairs confirmed that he wrote the letter so that illegal jetties could be identified and action could be initiated.

“The departments are working on the proposals with regard to taking over the illegal jetties with an aim to boost the industry’s exports,” he added.