Oil hits highest since November as US tightens Iran sanctions 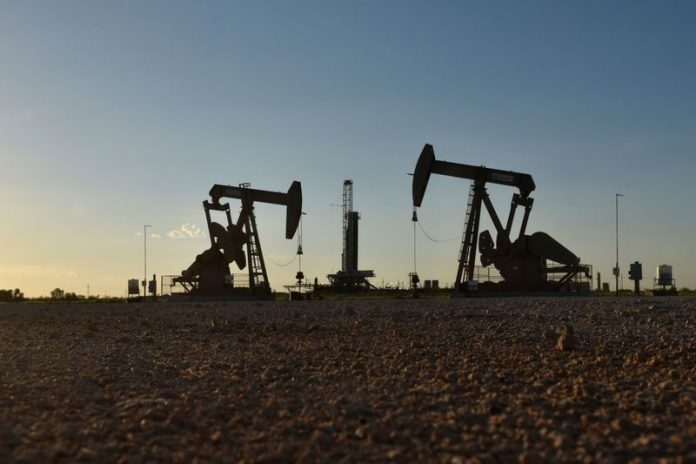 LONDON: Oil prices hit their highest since November on Tuesday after Washington announced the end of all waivers on imports of sanctions-hit Iranian crude, pressuring importers to stop buying from Tehran.

Brent crude futures rose as high as $74.70, a level not seen since Nov 1, before paring their increase as the market gained confidence that global supply would remain robust.

US West Texas Intermediate crude futures were at $66.19 per barrel, up 64 cents or about 1pc, having earlier reached their highest since October at $66.31.

Despite Washington’s announcement, spare capacity from other suppliers such as Saudi Arabia and possible continued imports of Iranian crude by China could balance the market.

“Most people expect that China will continue to import Iranian oil and might even increase imports. They have to make a stand here,” SEB commodities strategist Bjarne Schieldrop said.

“Saudi Arabia will be capable of chipping in too to add to global supply,” he added.

The United States on Monday demanded that buyers of Iranian oil stop purchases by May 1 or face sanctions, ending six months of waivers which allowed Iran’s eight biggest buyers, most of them in Asia, to continue importing limited volumes.

Before the reimposition of sanctions last year, Iran was the fourth-largest producer among the Organization of the Petroleum Exporting Countries at around 3 million barrels per day (bpd), but April exports have shrunk to below 1 million bpd, according to tanker data and industry sources.

China, Iran’s largest customer with imports of about 585,400 bpd of crude oil last year, formally complained to Washington over the move, which a Chinese foreign ministry spokesman said “will contribute to volatility in the Middle East and in the international energy market”.

US President Donald Trump is confident that Saudi Arabia and the United Arab Emirates will fulfill their pledges to make up the difference in oil markets, a U.S. official told reporters.

Saudi Energy Minister Khalid al-Falih said on Monday that his country would “coordinate with fellow oil producers to ensure adequate supplies are available to consumers while ensuring the global oil market does not go out of balance”.

Saudi Arabia is the world’s top oil exporter and de facto leader of OPEC, which has led global supply cuts since the start of the year aimed at propping up crude prices.

The group is set to meet in June to discuss output policy.

Barclays bank said in a note that the US decision took many market participants by surprise and would “lead to a significant tightening of oil markets”.

The move to increase pressure on Iran came amid other sanctions Washington has placed on Venezuela’s oil exports and as combat threatens to disrupt Libya’s exports.