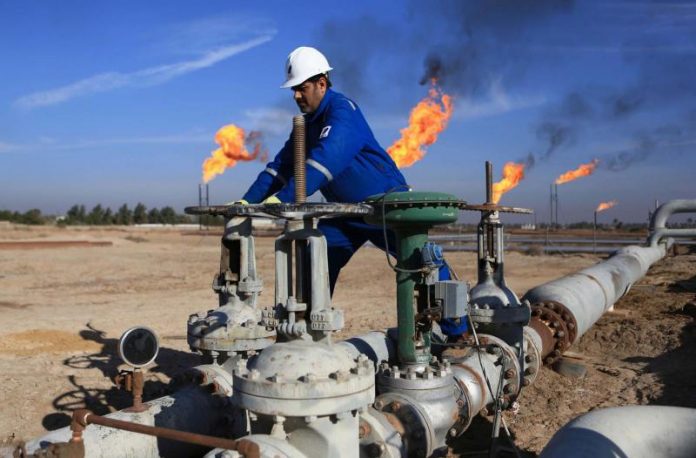 BAGHDAD: Iraq is on track to produce nearly six million barrels of crude daily by 2030, the International Energy Agency said on Thursday, which would make it the world’s third biggest oil supplier.

The IEA’s wide-ranging report found that Iraq’s production in the next decade could increase by an impressive 1.3 million barrels per day to a total of 5.9 million bpd.

“Iraq is and will remain one of the key pillars of the oil market in the years to come,” IEA head Fatih Birol told reporters on Thursday.

The optimism stemmed from Iraq’s 50 percent increase in oil production since 2012, Birol said, despite several years of low prices and the devastating rampage of the Islamic State group across a third of the country.

“It shows the resilience of the Iraqi oil industry,” said the IEA’s executive director.

The agency acknowledged a range of potential roadblocks to its outlook, including global market conditions, foreign investment in Iraq, political stability and a steady supply of the water needed to actually produce oil.

Iraq is currently the fifth-largest oil producer worldwide, and the second-largest from among the Organization of the Petroleum Exporting Countries (OPEC).

Iraq has the capacity to produce 4.6 million bpd, but last month exported just under 3.4 million bpd after agreeing to trim its oil production alongside others so prices would go up.

Prices have indeed enjoyed a strong recovery, jumping even further Thursday to a nearly six-month high of $75.60.

It came amid supply concerns as the United States said it would end sanctions relief next month for eight countries importing Iranian crude.

Oil minister Thamer al-Ghadban said on Thursday Iraq could boost its production to meet the shortfall but would do so only in coordination with fellow OPEC members.

“We have a huge capacity to increase, but knowing that, it is important to keep the market stable and remove the surplus of oil in the market,” he told reporters.

Ghadban said OPEC countries would meet in Saudi Arabia on May 19.

“Until then, we have time to assess the market’s needs and whether it requires an increase,” he added.