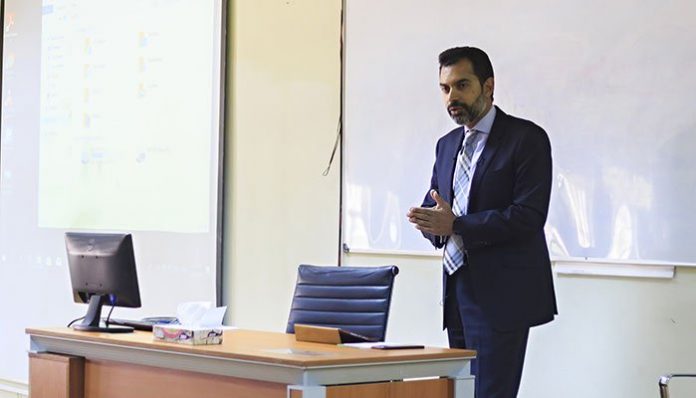 ISLAMABAD: The Finance Ministry has appointed Dr Reza Baqir – a Pakistani economist working for the International Monetary Fund (IMF) – as the governor of the central bank for three years, as the Pakistan Tehreek-e-Insaf (PTI) government seeks to finalise a bailout package from the global lender.

Meanwhile, the government has also appointed Dr Ahmed Mujtaba Memon, currently an additional secretary in the Finance Division, as the new chairman of the Federal Board of Revenue (FBR).

“The President of Pakistan is pleased to appoint Dr Reza Baqir as Governor State Bank of Pakistan (SBP) for a period of three years from the date he assumes office,” read a notification from the government issued late Saturday night.

A Harvard and Berkeley university alumnus, Dr Reza Baqir has been with the IMF since 2000 and was serving as the Fund’s senior resident representative in Egypt. He has previously served as the head of the IMF Mission for Romania, and as Head of the Fund’s Debt Policy Division. He has also worked with the World Bank, the Massachusetts Institute of Technology (MIT) and the Union Bank of Switzerland.

Both the new head of the SBP and Adviser to the PM on Finance Dr Abdul Hafeez Shaikh are from the Bretton Woods institutions — the World Bank and the IMF. Dr Shaikh has also worked with the World Bank.

Informed sources said that the decision to remove the heads of two important economic policy-making institutions — SBP and the Federal Board of Revenue (FBR) — was taken after Dr Shaikh expressed the desire to bring his own team.

The departures of former governor SBP Tariq Bajwa and FBR chairman Jahanzeb Khan come only weeks after finance minister Asad Umar was asked to step down amid vital bailout negotiations with the IMF, suggesting the government wanted to overhaul its financial team amid weakening growth rates and soaring inflation.

It was learnt that Prime Minister Imran Khan was unhappy with the former SBP governor due to the continuous devaluation of Pakistani Rupee. However, the prime minister does not have the powers to remove the governor of the central bank except in certain circumstances that are defined in the SBP Act of 1956.

Bajwa was holding a statutory position for a period of three years that would have ended on July 6, 2020.

There had been resentment in the federal cabinet over the decision to continue with the people who had served with former finance minister Ishaq Dar.

The PML-N government appointed Tariq Bajwa as the SBP governor on July 7, 2017. The SBP Act of 1956 empowers the president of Pakistan to appoint a governor for a term of three years.

Bajwa retired from civil service in June 2017 as the finance secretary and was the third bureaucrat to be appointed as the head of the central bank. He is the only Pakistani to have won the prestigious Littauer Fellowship. He earned the reputation of being a competent and upright officer during his civil service career. He was among a handful of officers whose reputation remained clean despite serving as the FBR chairman for two and a half years.

The new SBP governor will face the immediate challenge of negotiating a bailout package with his previous employer and implement its conditions on the monetary policy and exchange rates.