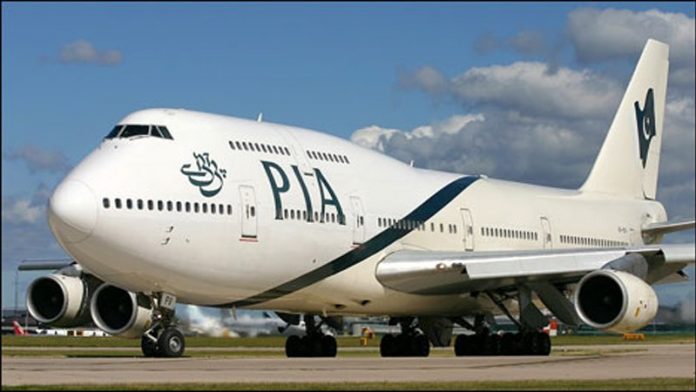 ISLAMABAD: Civil Aviation Minister Ghulam Sarwar Khan said on Friday that the government was working out a plan to reduce the Pakistan International Airlines’ deficit of Rs416 billion.

Talking to media, he said that the new business plan of PIA, approved by the cabinet, would help the national flag carrier improve its financial health.

The minister explained that at present, Pakistan has Air Service Agreements (ASAs) with 98 countries, covering aspects pertaining to the number of frequency, seats, landing points and code-share.

To a question, he said the closure of airspace for Pakistani airlines by India was more harmful to the latter as compared to Pakistan.

“We have only two flights that use Indian airspace while most of the Indian flights use Pakistani airspace,” he added.

“All international airlines are requesting the Civil Aviation Authority to add more destinations for flights in Pakistan.”

Sarwar said the first flight of British Airways would land at the Pakistan International Airport on Monday morning and on the same day a flight would depart for London.

It is pertinent to mention British Airways is all set to resume its operation to Pakistan after a break of 11 years. The airline would operate three flights in a week from Islamabad. BA had suspended its operations in Pakistan in September 2008.

“The security concerns of British Airways have been addressed by the government,” the aviation minister asserted. “Punjab Police, Airport Security Force and other law enforcement agencies will ensure round the clock security.”

The minister said a PIA aircraft would bring back about 300 Pakistanis languishing in Malaysian jails on May 29th.

“Pakistanis in Malaysia will be airlifted through PIA’s Boeing 777 and Overseas Pakistanis Foundation have signed an agreement with the PIA in this regard,” he informed.

Responding to a query, he said the Pakistan Tehreek-e-Insaf could not be held responsible for the economic crises.

“The political parties that ruled the country for the last 35 years should be held accountable for the crises of water, energy and economy,” he maintained. “PTI is the symbol of the federation while Pakistan People’s Party and Pakistan Muslim League-Nawaz have shrieked to one province.”