PR to reduce 50pc fares on all passenger trains this Eid 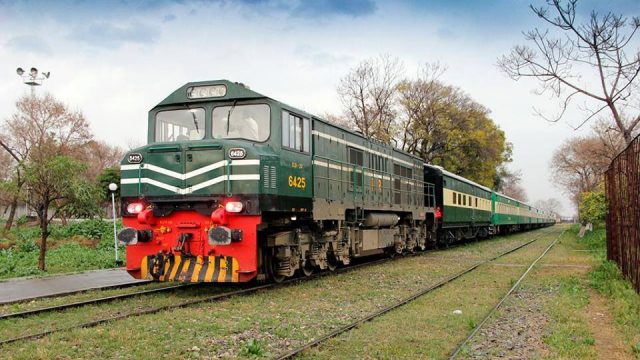 ISLAMABAD: Railways Minister Sheikh Rasheed Ahmed on Tuesday announced a 50pc discount on all trains on Eid day to facilitate the passengers across the country.

“This a special gift for passengers on Eid day and I also thank the travellers who will use Pakistan Railways for travelling,” the minister said in a statement issued from Islamabad.

Pakistan Railways also announced to run five special trains on Eidul Fitr across the country to extend maximum facilities to passengers so that they can spend the Islamic festival with their near and dear ones, the Pakistan Railways spokesman said.

“On the directives of Railways Minister Sheikh Rasheed Ahmed, Chief Executive Officer (CEO) Muhammad Aftab Akbar has issued a notification and schedule of the trains,” he informed.

According to schedule, he said that the first Eid train would run from Karachi on June 2nd at 10:45am for Peshawar and the second train would leave from Quetta on the same day at 11:30am for Rawalpindi.

The spokesman said the third train would depart from Karachi Cantonment on June 3rd at 11:30am for Lahore, while the fourth special train would leave from Rawalpindi on June 8th at 8am for Quetta.

He said the last Eid special train would run on June 8th from Lahore Railway Station for Karachi Cantonment.

The spokesman said that the online booking facility would also be made available for Eid special trains from May 29th.

“A comprehensive advertisement campaign of Pakistan Railways has been launched to keep passengers informed about the special trains on Eidul Fitr,” he maintained.

He said that additional police personnel have been deployed at all the railway stations and with special trains so as to keep security situation in check and to avoid any untoward incident.