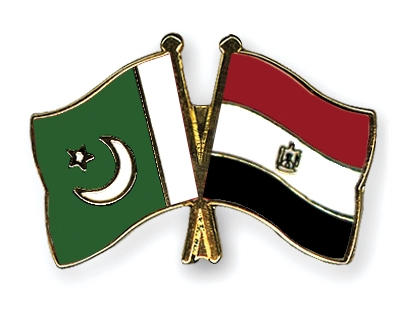 ISLAMABAD: The leaders of Pakistan and Egypt Friday agreed to increase the frequency of bilateral political exchanges and take steps to enhance trade and economic ties.

The bilateral ties were discussed during a bilateral meeting between Prime Minister Imran Khan and Egyptian President Abdel Fattah El- Sisi, on the sidelines of the 14th Islamic Summit in Makkah-al-Mukarramah, a PM Office statement said.

The meeting addressed “current issues in the Muslim world” and “recent developments in a number of OIC member states”, according to the official agenda.

Topping the summit discussions were regional security issues amid soaring tensions between Iran and the United States and its Gulf allies.

Today, with 57 member states from four continents, the OIC is the second-largest intergovernmental organisation in the world after the United Nations, with a collective population reaching over 1.8 billion.

The majority of its member states are Muslim-majority countries, while others have significant Muslim populations, including several African and South American countries.

While the 22 members of the Arab League are also part of the OIC, the organisation has several significant non-Arab member states, including Turkey, Iran and Pakistan.

It also has five observer members, including Russia and Thailand.