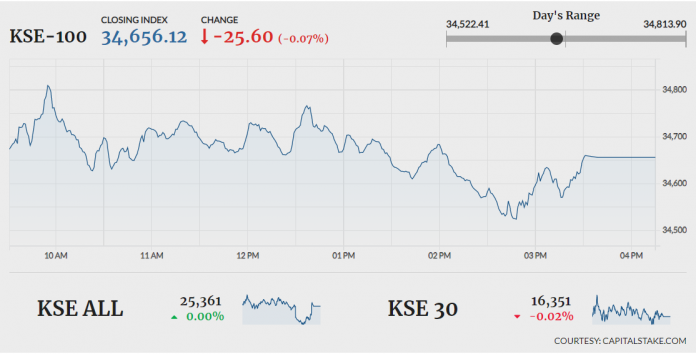 KARACHI: Investors of the Pakistan Stock Exchange (PSX) endured a dull trading session on Wednesday, as the indices traded within a narrow range amid low volumes. Foreign investors continued with their recent trend, selling equity worth $2.87 million on Tuesday.

On the economic front, Pakistan’s trade deficit shrank by 13.6pc to $29.2 billion in 11 months of the current fiscal year, mainly due to a decline in imports. Exports had decreased marginally for the second successive month despite heavy subsidies for exports and depreciation in the value of the rupee.

Meanwhile, according to the State Bank of Pakistan (SBP), Foreign Direct Investment in different productive sectors of Pakistan fell to half at $1.60 billion in first 11 months of the outgoing fiscal year, as compared to $3.16 billion in the same period last year.