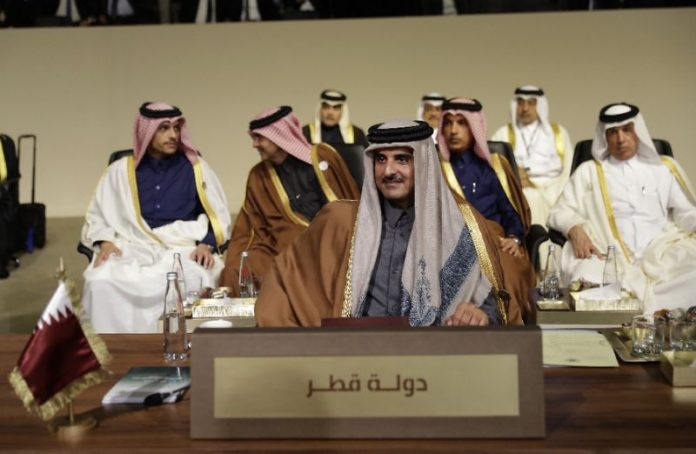 Such an investment would be a boost for heavily indebted Lebanon as it works on long-delayed reforms to put its public finances on a sustainable path and stave off financial crisis.

“It will have a positive effect on the markets and we are following up contacts with Qatari officials for this purpose,” he told Reuters.

Two sources familiar with the secondary market for Lebanese dollar-denominated debt said there had been no sign of a major bond purchase in recent days.

“Gauging from the market alone, you wouldn’t have guessed anything happened,” a fund manager in Dubai said. Another source familiar with the market said “no volumes were seen” in the last week.

Tiny but wealthy Qatar said earlier this year it would invest $500 million in dollar bonds issued by the Lebanese government to help support the economy, which has one of the world’s highest public debt burdens and stagnant growth.

Qatar has not disclosed the timing or size of the bond purchases made so far, but any purchase large enough to push down yields would be a boon as Beirut grapples with debt equivalent to 150 per cent of gross domestic product.

“Qatar has always been committed to strengthening its ties with the brotherly Lebanese Republic. Hence it decided to invest $500 million in the Lebanese economy, including purchasing Lebanese government bonds,” a government official said.

“Some of the bonds have been purchased. The rest of investments are due as planned with the Lebanese government.”

Moody’s said last week that Lebanon is at risk of a debt rescheduling or steps that may constitute a default on the back of slowing capital inflows and weak deposit growth despite austerity measures in its 2019 draft budget.

The $500 million Qatari investment pledge, made last January, prompted its regional rival Saudi Arabia to make a similar commitment just days later to support Lebanon “all the way” to safeguard its stability, though the kingdom has not yet announced any bond purchases.

Saudi Arabia, the United Arab Emirates, Bahrain and Egypt cut diplomatic, trade and transport ties with Qatar in June 2017. They accuse Qatar of supporting terrorism, which it denies.