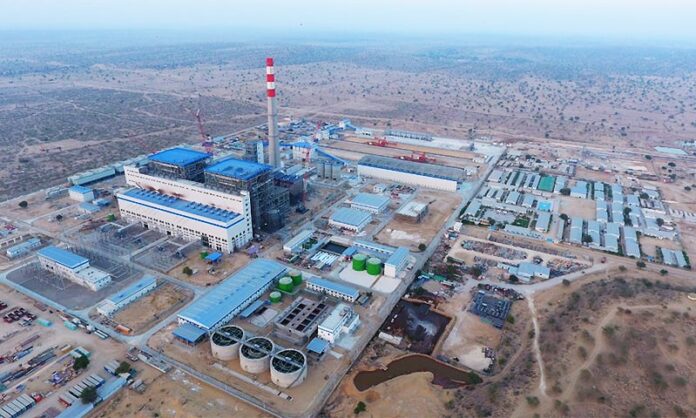 SECMC successfully unearthed the first layer of coal in June 2018 and has also completed the 60-day testing period of steady state production of on-specification coal. This culminates the first phase of the mining project.

On the other hand, Engro Powergen Thar Private Limited – the company tasked to construct 2x330MW mine mouth power plants have also declared its COD. The EPTL plant demonstrated the proof of concept earlier by synchronizing both the power units in March and April respectively. The company has since been involved in extensive testing of both the power units and has successfully completed all relevant inspections and commissioning of the plant thereby achieving COD.

The COD milestone of both the mining and the power projects is a significant achievement given that the Thar dream has been an elusive reality for millions of Pakistanis for over 27 years. The mining project of SECMC and the EPTL power plant began approximately three years ago in 2016 – after the financial close of the project – led by Engro Energy and in collaboration with other commercial partners including Government of Sindh; Thal Limited; HBL, HUBCO, SPIC and China Machinery Engineering Corporation (CMEC) for the mine project; and HBL, CMEC and Liberty for the power plant.

Developed in a record time, as per schedule and within projected costs, the Thar coal projects are part of the early harvest component of the China Pakistan Economic Corridor (CPEC) framework – making it truly a project of national and strategic significance.

Commenting on the occasion, Engro Corporation President Ghias Khan said, “The declaration of the COD of the Thar coal mine and power projects is a monumental achievement. This showcases not just the ability of Engro to deliver on mega projects that are good for Pakistan but also underscores the success of public-private partnership models to deploy inclusive development in the country. At this juncture, I would like to congratulate the federal and Sindh governments, along with all our partner organisations, for their catalytic role and support in helping us deliver on our commitments of the Thar coal projects.”

Engro Energy and EPTL Chief Executive Officer Ahsan Zafar Syed said, “Today the Thar coal project has come full circle as we fulfill the promise to the nation of providing indigenous electricity. Since the synchronization earlier in April we have been involved in extensive testing of the systems to ensure that we delivered quality and did not compromise on the safety of the project. I am pleased that our efforts have resulted in delivering engineering excellence on our pioneering coal fired power plant and has brought us closer to our promise of providing Pakistan with low-cost, affordable and abundant energy.”

SECMC CEO Syed Abul Fazal Rizvi congratulated the nation on the achievement and said, “The successful culmination of phase one of the mining project – ahead of schedule, well within projected costs and with a stellar safety record – is indeed a remarkable feat. We are now working diligently to pursue phase two of the mining activity as per our expansion plans where we intend to economize the mine and double the production capacity to 7.6 million tons per annum (MPTA) for the additional 2x330MW power plant scheduled to come online in 2021.”