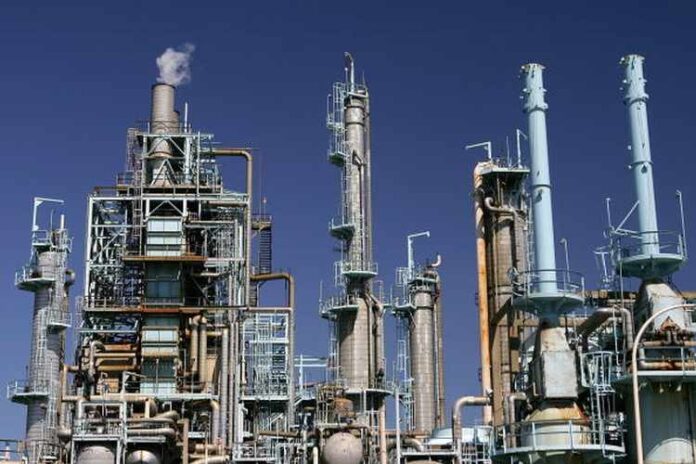 ISLAMABAD: The government is all set to perform groundbreaking of the much-delayed multi-billion dollar coastal oil refinery by the end of this year, a senior official privy to the petroleum sector developments said on Thursday.

Pak Arab Refinery Limited (PARCO) had proposed to establish the state-of-the-art Khalifa Coastal Oil Refinery at Hub, Balochistan, with an estimated cost of over $5 billion.

The project was approved in October 2007 and was allocated an area of 1,000 acres. However, it remained suspended owing to the paucity of funds.

“Under the project, expected to be completed by the end of 2023, around 250,000 BPD (barrels per day) oil will be refined, which is equal to 13 million tonnes of petroleum products per year,” the official told APP.

Terming the project a ‘significant step’ towards achieving self-reliance in the oil production sector, the official said that the government was committed to upgrading all the existing oil refineries and establishing new deep conversion facilities so that the country’s fuel requirements could be met.

Pakistan’s average annual oil consumption is around 26 million tonnes (MT), out of which 13.5MT is met through local production of eight existing oil refineries, while 50pc crude oil is imported.

Answering a question, the official said an incentives package was in place for new deep conservation oil refineries, enabling them to import machinery, vehicles, equipment and other materials.

He said another state-of-the-art oil refinery and petrochemical complex was being established at Gwadar with around $11 billion Saudi investment.

“Pakistan and Saudi Arabia have also agreed to establish a Joint Working Group (JWG) for the timely execution of the project, which has tremendous potential to capture markets in China and Central Asian landlocked states where fuel supply takes a much longer period of time.”

The official said the JWG would hold regular interactions so that necessary information could be exchanged and feasibility studies on the project could be carried out in an efficient manner.

The official said the Gwadar oil facility, having a capacity to refine 200,000 to 300,000 BPD oil, would also help refine and store imported oil for onward transportation to China, besides developing a fuel supply chain for the landlocked Central Asian states.

He expressed confidence that with the establishment of modern oil refineries and petrochemical complex, there would be a significant reduction in the country’s oil import bill.