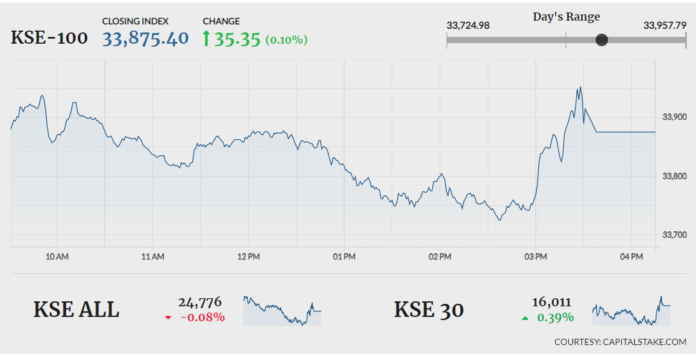 KARACHI: Amidst lack of positive triggers and times of economic uncertainty, the investors of Pakistan Stock Exchange endured another range-bound session on Thursday.

Meanwhile, keeping up with their recent trend, foreign investors ended as net buyers on Wednesday with a net inflow of $1.22 million.

Efoods Limited (EFOODS) traded with its new name of Frieslandcampina Engro Pakistan Limited (FCEPL +2.50pc) for the first time on Thursday. The stock closed at Rs53.64 with a volume of 51,000.