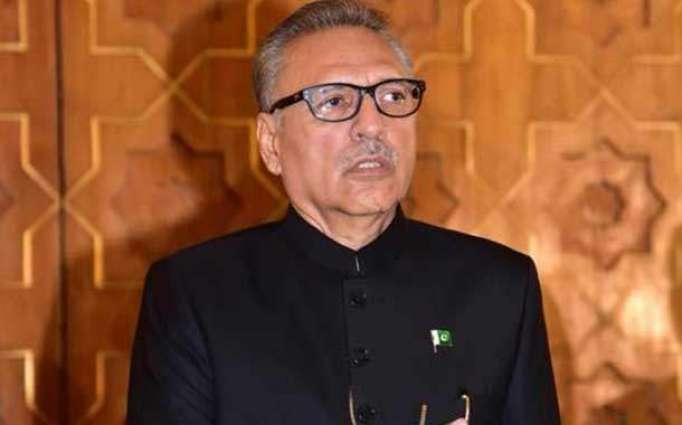 KARACHI: President Dr Arif Alvi on Saturday emphasised the need to exploit alternative sources of energy in order to produce cheap electricity in the country.

Addressing a gathering, he pointed out that nuclear and water resources were among the cheapest sources of energy, adding that wind and solar energies could also be exploited for electricity generation.

The president said that the National Assembly was converted to solar energy five years ago and he was now mulling to introducing solar-powered energy at the presidency.

In his address at a ceremony at Nathia Gali Summer College on July 15, the president had stressed that the country needed to build its capacity in the energy and health sectors.

Highlighting the importance of research in science and technology, the president had said modern physics should be utilized to address the challenges faced by the power sectors.

He also said that the country needed to adopt a practical scientific approach to solve its problems.

Meanwhile, in a recent interview with a private TV channel, President Alvi said that justice could not be established in Pakistan till all citizens were treated equally. He underscored the need for elimination of a discrimination system between the powerful elitist class and the poor.

The president said, “The government is facing stiff resistance as it has taken a stance to eliminate corruption.”

He said austerity was being observed, as expenditures were being reduced at the presidency, adding that he was bearing all of his expenditures from his personal resources.