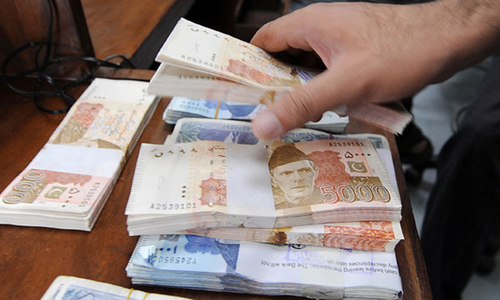 MIANWALI: Prime Minister Imran Khan has said the accountability process will proceed unhindered regardless of any opposition and expressed the government’s resolve to confiscate the properties of the previous rulers made with the looted wealth.

“I have been waiting for this moment for 22 years [of my political struggle] to bring to book those who plundered public money,” said Khan while addressing the launching ceremony of Mianwali Express on Friday.

The culprits were raising a hue and cry over the accountability process, dubbing it “political revenge and a threat to democracy”, he said.

He said the government had already started taking action against the benami properties, which would be sold and the money would be diverted to the poverty alleviation programme. About bringing back the looted money laundered to other countries, the prime minister said this might take some time. He said that during his upcoming visits to the western countries, he would urge their leaderships to stop inflow of the ill-gotten money into their countries if they wanted it to be spent on poverty alleviation in developing countries.

Khan after the ribbon-cutting ceremony thanked Minister of Railways Sheikh Rasheed for launching another train for the people of Mianwali on his directive. The train will depart from Lahore at 9pm and reach Mari Indus Railway Station of Mianwali, the native town of the prime minister, at 6am. Similarly, it will leave the Mianwali station at 9pm and reach Lahore at 6am. Passengers will be charged Rs 800 and Rs 350 for the air-conditioned and economy classes, respectively.

Mianwali Express had stopped functioning in 1990. The prime minister had recently launched Thal Express for the people of Mianwali. The Main Line-1 (ML-1) project would revolutionise the railway system by reducing the Lahore-Karachi travel time to eight hours, he announced. He said the government would uplift all those areas which had been neglected in the past.

On the occasion, the railways minister urged the PM to allocate fund for repair of a 28km track of Mianwali Express, route to cut travel time. Of the 2,800 railway crossings across the country, 1,500 were unmanned, causing accidents, he said. Punjab Chief Minister Usman Buzdar said the provincial government would resolve all the issues faced by the people of Mianwali on priority.

Addressing the foundation-laying ceremony of a hospital in Mianwali’s Namal valley, PM Khan said the government alone could not revamp all hospitals but financial assistance from the private sector could yield positive results. He lauded British-Pak­istani businessman Aneel Mussarat for agreeing to finance the Namal hospital.