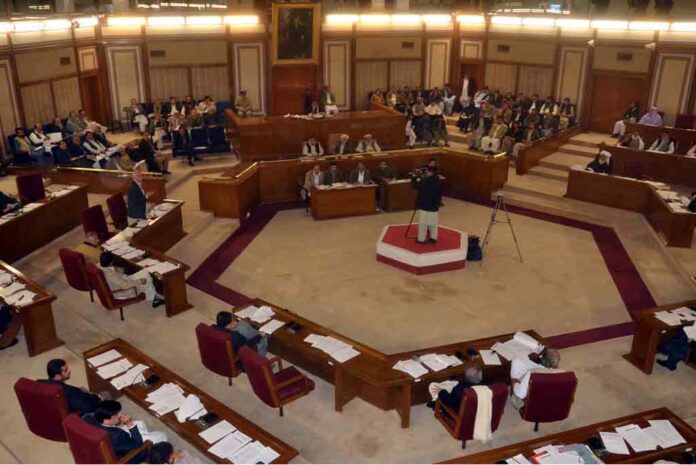 ISLAMABAD: Balochistan government had allocated Rs 9.098 billion for the development of irrigation system in the province.

According to a official source, the provincial government has decided to construct small dams sprawling over a large area of the province to resolve the water scarcity issue of the province.

He said that the government had worked out a comprehensive programme for managing the incurring floods through small dams. The completion of these projects would help the irrigation system to improve the water scarcity situation in the province, he added.

He said, “The government has allocated Rs 500 million for the construction of small dams to preserve rain water as the entire province was dependent on ground water.” He said the government had also planned to build dam on the area of Shaghzai, Gwadar to resolve water issue in the area.

The plan to build dam on Bolan River was also under consideration to conserve water being dumped aimlessly with a cost of Rs 1.5 billion, he added. In the current fiscal year 2019-20, he said the government had spent Rs 250 million on the development and expansion of command area of Kachhi canal to achieve the goal of irrigating more land of the province.

Similarly the Balochistan Green Tractor Programme would be starting soon to flourish the agriculture sector, he informed. “The government has been taking the initiative to encourage farmers for cultivating olive trees whereas the government has allocated Rs 100 million for the development and boosting of olive farming in the province,” he noted.

It would also provide farmers with an alternative crop which would help in bringing prosperity in the backward areas, the official said. The total allocation of Rs 98 million had been estimated for the project of national oilseed development to achieve a substantial increase in the production of oil seeds,” he added.