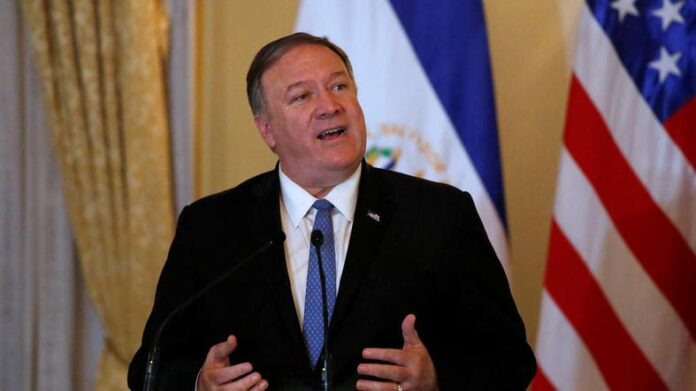 “As part of that maximum pressure campaign, I am announcing that the United States is imposing sanctions on the Chinese entity Zhuhai Zhenrong and its chief executive Youmin Li,” Pompeo said in a speech.

“They violated US law by accepting crude oil,” he said.

The announcement was the latest step by Washington to ratchet up economic pressure on Tehran over its alleged military activities in the Middle East and its nuclear program by taking aim at business partners.

“We’ve said all along that any sanction will indeed be enforced. We can’t tolerate more money going to ayatollahs, putting American soldiers, sailors, airmen, marines, putting their lives at risk. It’s too important.”

Zhuhai Zhenrong along with Chinese state refiner Sinopec are responsible for nearly all the Iranian crude that China imports.

Bloomberg reported that China took in about 12 million tonnes of Iranian crude in the first five months of this year.

It said that some of that crude is being held in “bonded storage” and not passing through Chinese customs, possibly to avoid the application of sanctions.