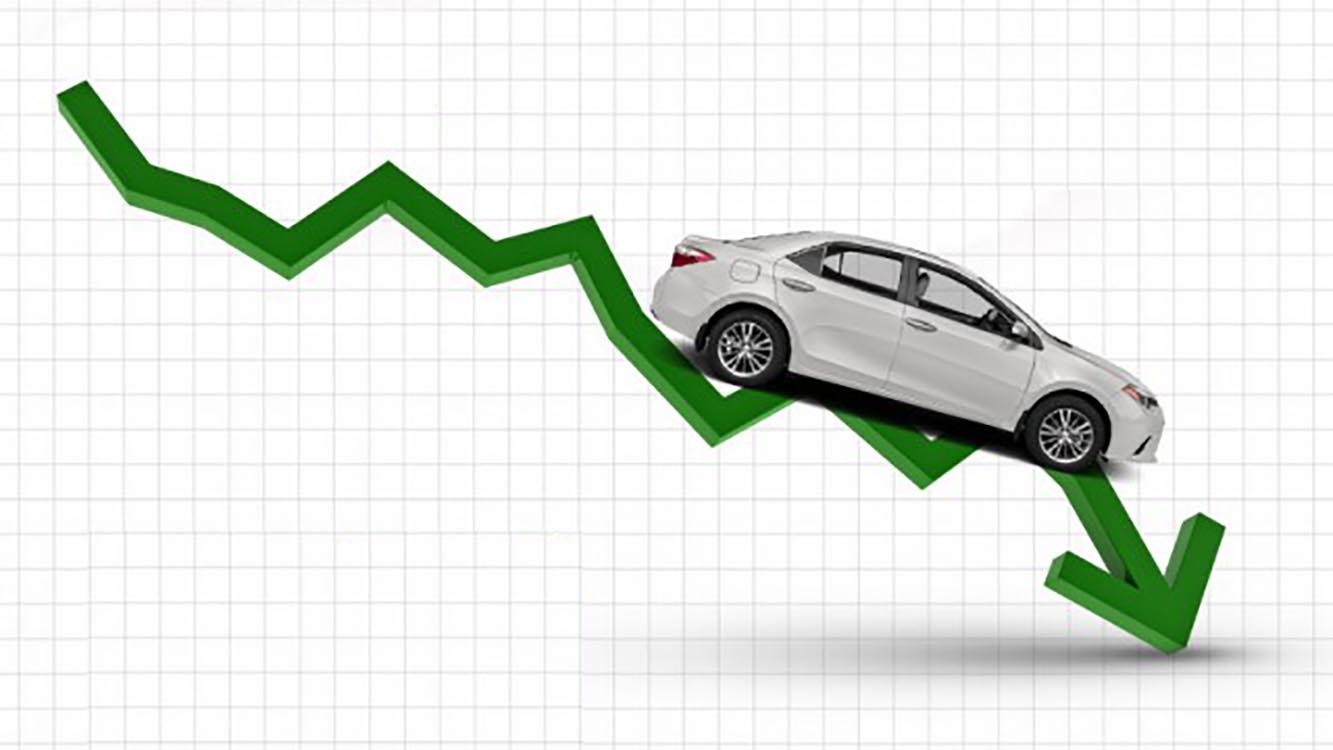 The automobile industry in Pakistan has seen four stellar years of growth in production and sales. Now, however, as interest rates rise, the government cracks down on tax evaders buying vehicles, and consumers tighten the belts expecting higher inflation, the industry has seen a decline in sales for the first time since 2014.

The problem, however, is that car sales are a highly cyclical business. Once the ingredients for slowdown start taking their effect, car sales continue to tumble, long after those causes themselves are gone.

“There are multiple factors [that caused the decline], mainly 1) restriction on non-tax filers to purchase new car, 2) significant hike in auto prices due to rupee devaluation and 3) economic slowdown,” said Hammad Akram, a research analyst at Topline Securities, a brokerage firm, in a note issued to clients on July 11.

Car sales in Pakistan are driven in large part by increases in personal disposable income. While that does not necessarily always go down for a substantial part of upper middle-income households in Pakistan – the kind of people who can afford to buy a car – during an economic slowdown, a slowing of economic activity nonetheless does make people want to conserve their cash more, and hence be less inclined to make a large purchase like a new car.

This year, that slowdown is being exacerbated by a new problem: the requirement imposed by the government that people be able to prove that they have filed their tax returns before they can buy a new car. Most people in Pakistan do not file their tax returns and fear doing so because they think – not without reason – that they will be harassed by the Federal Board of Revenue (FBR) if they disclose to the government how much money they make and what their source of income is.

A second major factor that drives new car production in Pakistan is the availability of car financing from commercial banks. It is not clear just what proportion of cars in Pakistan are bought on auto leasing, but it is clear that the volume of auto loans available to consumers is directly proportional to the number of new cars sold and produced in the country.

The total amount of new loans to consumers has been steadily increasing over the past six years, though the pace of increase over the past 12 to 15 months has dropped considerably. The total volume of loans outstanding declined in June 2019.

Banks are increasingly uncomfortable with the idea of loaning money to consumers at a time of rapidly rising interest rates. The State Bank of Pakistan has more than doubled the benchmark discount rate at which it lends to commercial banks. The discount rate was 6.0% as recently as January 2018. It has since risen to 13.25% in just over 18 months.

Commercial banks are particularly afraid of a repeat of 2008, when they had been lending to consumers at a rapid clip for about five years, and then suddenly saw a sharp rise in interest rates, which affected the ability of many of their borrowers to pay back their loans. As a result, defaults at commercial banks on their consumer lending portfolios rose sharply and they faced heavy losses on their balance sheets.

The decline in auto lending is unlikely to be as sharp or as prolonged as the one that followed the 2008 financial crisis. For one thing, interest rates are unlikely to hit 20%, which is what happened in the aftermath of that recession. Most analysts believe that the State Bank of Pakistan is unlikely to raise interest rates any further than they already have.

And secondly, banks appear to have been far more prudent in their lending practices during this boom cycle compared to the last one, which suggests that loan losses are unlikely to be as high as they were the last time, when over a quarter of all consumer loans went into default. That number is likely to be significantly lower this time around, which means that banks are unlikely to completely abandon consumer lending like they did in the aftermath of 2008.

Not all car companies are created equal

For Toyota, it was the Corolla that has been its saving grace. Pakistan’s most popular sedan saw its sales increase by 10% compared to the same period last year, the only model Toyota produces locally that saw an increase in sales. Sales of the Fortuner and the Hilux both saw double digit declines, with declines of 38% and 19% respectively.

It was not all doom and gloom for Suzuki. The Wagon-R and the Cultus, popular models of hatchbacks, saw their volumetric sales increase by 12% and 11% respectively. The decline in sales was driven mainly by the Mehran, which Suzuki stopped producing in March 2019, and replaced with a 660-cubic centimeter engine version of the Alto. The new Alto has not yet been able to generate enough sales to make up for the loss of the Mehran.

Honda, the unloved middle child of the Pakistani middle class’ car preferences, saw its sales decline across the board, with its flagship Civic and City models both declining in sales volume by 8% each. Sales of the BR-V declined by an even greater 42% compared to last year.

The real canary in the coalmine for the fact that the auto industry is in real trouble is the fact that Atlas Honda – Pakistan’s largest manufacturer of motorcycles (not to be confused with Honda Atlas, which makes cars) – saw a decline in sales for the first time in over a decade.

Motorcycles are the preferred mode of transportation of the lower middle and working class of Pakistan, since they are more affordable not just for purchase but also in terms of the total cost of ownership. If Pakistanis are having trouble affording motorcycles, then the automobile industry as a whole is staring at serious trouble in the near future.

Motorcycle sales are also a proxy for the health of the rural economy in Pakistan, a fact most noticeable from the ad campaigns run by Atlas Honda, which tend to target farmers and other rural consumers. A decline in sales means farmers’ incomes are not rising, which in turn in likely to mean underinvestment in agricultural production for the next year or so.