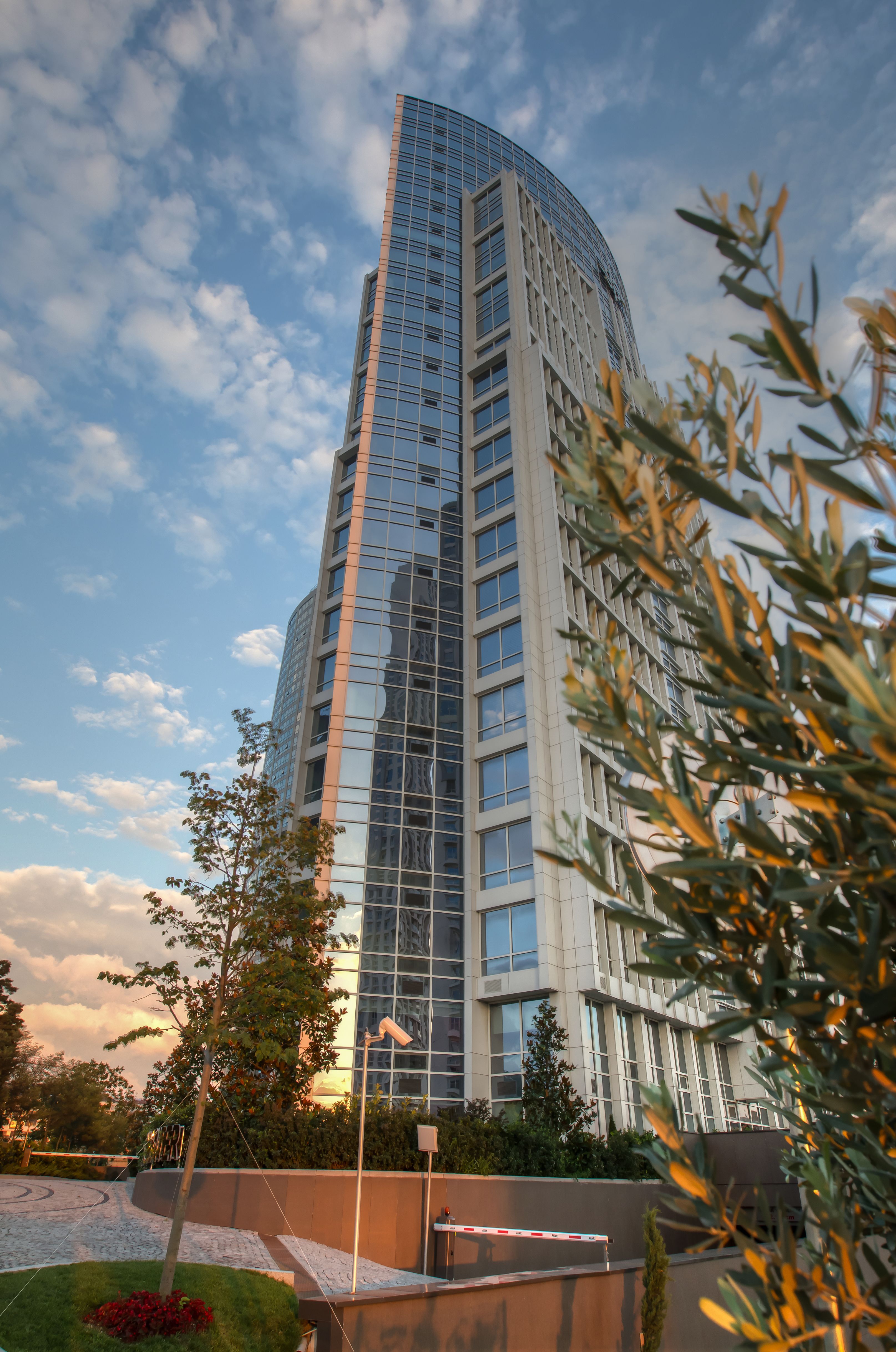 Somewhere in Istanbul, Javed Aslam must be reflecting on his four-year stint as President of the ECO Trade and Development Bank (ETDB). Not only has he been at the helm of a bank created and backed by the Economic Cooperation Organization (ECO), a 10-country Asian political and economic inter-governmental organization, he has done it all with little experience in banking.

For Javed Aslam is a bureaucrat, and the last position he held before becoming the President of the ETDB was Principal Secretary to the Prime Minister of Pakistan, a position that can be described as the head of the civil service of Pakistan. And the prime minister under whom he served is the now-jailed Nawaz Sharif.

A lot will be on Javed Aslam’s mind these days. His term ends in October this year, and it has been a tumultuous one. He might be thinking about his time as the boss of the ETDB, and how e-mails by bank employees questioning his competence had been leaked, or even the reportedly tense relationship between him and his Turkish and Iranian colleagues.

He may even be thinking about his imprisoned former boss, the man who gave him his current job. Given the state of the country, perhaps he is waking up in cold sweats these days, at the thought of the National Accountability Bureau (NAB) wanting to ask a question or two. They seem to have questions for everyone these days.

But whether Javed Aslam looks back wistfully or ahead with trepidation, what we know for sure is that his fellow bureaucrats are already putting on the moves to become his replacement as Pakistan’s man in the ETDB.

The ETDB’s senior management is appointed on rotation every four years. Turkey, Iran and Pakistan take turns to appoint a President, and a Vice President each is appointed from the two other countries under each administration.

With Javed Aslam’s tenure at an end, there will be a new opening for a Pakistani Vice President for the bank. It sounds like an attractive offer for bureaucrats. A four-year, dollar-paid assignment in Turkey should have them licking their lips.

The machinations have already begun. A committee of the finance ministry – which comprises Finance Advisor to the Prime Minister, Abdul Hafeez Sheikh, and two of the prime minister’s other advisors on economic matters, Ishrat Hussain and Abdul Razak Dawood – is on the hunt for a suitable candidate. But surprisingly enough, there seems to be little interest in the bureaucracy for the post – with very few applicants throwing their hat in the ring.

The ones that have made their interest known have failed to interest the committee, and they are ready to initiate a second, more public call for applications to find the right person for the job. But could looking outside the bureaucracy be the answer?

Javed Aslam’s reign has been meek but controversial, and far from an advertisement for the bureaucracy to be given another shot. But why was a bureaucrat that had little to do with banking sent as Pakistan’s man to head a bank we run with some of our most important allies in the first place? Is this the general practice in Iran and Turkey as well, or is this a Pakistan specific issue? What were the outcomes of sending a non-banker to be President of a bank? And most importantly, where do we find the next person?

There was a short period of time in which Pakistan, instead of sending a bureaucrat to such an important position, would instead look towards the private sector and send bankers to do what is clearly a banker’s job.

There is much to be said about whether a person from the private sector is the right person for the job. But Pakistan’s short tryst with sending private sector professionals on the ETDB assignment was, in fact, a lesson hard learned.

The ETDB is a multilateral development bank that provides risk capital for the mutual trade, transport, travel, and energy concerns of Pakistan, Turkey, Iran and the seven other members of the ECO, who have representatives on the bank’s board of directors.

Back in the 1970s, Turkey, Pakistan and Iran had all poured equity into a bank for the RCD. This bank suffered from the same fate as what seems to be happening to the ETDB – that Pakistan would send secretary-level civil servants with little banking know-how to run the RCD bank when their turn came to appoint officials. The results were catastrophic.

Reeling from the disaster of the bank and the eventual collapse of the RCD itself in 1979, it took the three countries another six years before they were able to band together under the banner of ECO. And then it was not until more than two decades later, around 2005, that the ECO decided to set up the ETDB.

Whether it was the zeal of his fresh premiership or his banker’s sensibilities, or perhaps both, then-Prime Minister Shaukat Aziz made sure that Pakistan would look for and appoint competent bankers from the private sector. While Iran and Turkey would not make their appointments from the private sector, they would still manage to send relevant people. The Iranians, for example, always send a person from the central bank. And the Turkish someone from the treasury.

From Pakistan, well-regarded bankers such as Nadeem Karamat and Saulat Ali Khan served as Vice Presidents for the ETDB one after the other, helping Pakistan’s credibility in ECO and allowing the ETDB to find a groove to move in. But when it came time for Pakistan to appoint its first President of the bank in 2015, Prime Minister Nawaz Sharif appointed Javed Aslam – once again establishing the precedent of career bureaucrats serving in international banking positions.

In both Shaukat Aziz and Nawaz Sharif’s case, there was one similarity which is that the prime minister would pick a person and have the finance ministry do the paperwork and send them off to Istanbul. This time around, while the private sector has still not been formally approached, there is at least this much consolation: the prime minister is not making the appointment.

If you want nothing done; form a committee. That is the popular wisdom at least. It is one of those quotes you will find on the internet sometimes attributed to Steve Jobs, and at others to Napoleon and even to Charles Kettering. Whoever said it, or if it was even ever said for that matter, the concept has pervaded the general consciousness of people.

What most do not realise is that while committees may be inefficient, this is one of their main functions. To curb individual impulses and work solely on the principle of due process. So, when a committee takes time, especially when it has credible names on it, one hopes they are taking their time towards making the right calls.

The Ministry of Finance has thus created a committee to choose who Pakistan will send as its Vice President for the ETDB. The committee includes Advisor to the Prime Minister on Finance, Abdul Hafeez Sheikh, Advisor for Investment, Abdul Razak Dawood, and Advisor for Institutional Reforms and Austerity, Ishrat Hussain.

“We have already conducted our first round of interviews,” Ishrat Hussain confirmed to Profit. “But we have not found any suitable candidates within our shortlist so now we are expanding the search.”

Initially, the committee had made invitations for members of the bureaucracy to apply for the job. Very few candidates showed up, and of the ones that did, the committee did not find who they were looking for.

There had been rumours that the frontrunner for the job was Kamran Afzal, who is currently posted in Istanbul as well and has experience with the ETDB since he serves on its Board of Directors as the Director for Pakistan. However, it is something Ishrat Husain categorically denied.

“Not only is Kamran not in the running, he did not even apply,” he said. “For the first time, an appointment is being made on merit. No directions are coming from the prime minister’s office asking for this or that person to be appointed to the post. Because of this, the committee plans to do its job seriously and with diligence.”

Up until now, the few interviews that have taken place have happened without looking towards private sector bankers, who have in the past worked successfully at the posts. But now it seems that the committee might go that direction.

“Our job is to pick the best candidate. We want the best possible person who is the most qualified to go and represent Pakistan’s interests in the ETDB,” says Husain.

Why does it matter?

Pakistan has currently poured a significant $300 million in equity into the bank. And the reason the committee might be hesitant to appoint another bureaucrat is perhaps because of the term of the incumbent Javed Aslam.

Well-placed sources in ETDB have told Profit that Javed Aslam’s time as President has had the Turkish and Iranian governments in a tough spot. They have complained about his level of professionalism, and the fact that he is not well equipped to be at a high post in the world of banking.

For starters, he has apparently not dealt with Iran’s sanction woes well, using them almost as a crutch to explain away the bank’s inability to strike good deals internationally.

Pakistan’s trade ties with Iran, which were marred by the post-2010 sanctions, had been expected to see new life after the reestablishment of banking channels, and there were also talks of carving out a possible free trade agreement. But while things looked up for Tehran and Islamabad’s relationship, there was a general feeling that Turkey and Iran’s ties were a looming cloud over ECO and the ETDB.

In such an environment, Pakistan had been expected to play mediator – something Javed Aslam is being accused of failing to have done. With Turkey appointing the next President, and tensions in the region at an all-time high with Iran on the receiving end of the world’s scorn for alleged attacks on Saudi oil fields, it is yet to be seen whether the bank can recover from global politics.

There were also other low points in Javed Aslam’s time. At one point, he was in the middle of quite a scandal, after emails from high ranking officials of the bank were leaked in which his competency had been questioned.

Speaking to Profit, he was dismissive of the accusations and concerns, but to an almost evasive extent. “If there are any doubts about what I have achieved in these past four years, then all you need to have a look at are the profits,” he said.

The problem is, other than pointing towards the bank’s financial statements, he cannot name any of the important decisions made by the bank to improve regional cooperation.

On his own appointment and the appointment to come, Javed Aslam remained mum. He pointed towards having nothing to do with the selection process. Back when he was appointed, it was on the request of the prime minister himself, but generally, it is the finance ministry that makes the appointment.

“The finance ministry are the ones that make the appointment, currently they have set up a committee for this very purpose which must be on the hunt for the next appointment,” he explained.

The committee is indeed on the hunt. And within the ranks of Pakistan’s bureaucracy, perhaps not surprisingly, they do not seem to be putting much faith. But with another call for applications, perhaps more bureaucrats will step forward than the paltry few that did the first time. Whether a shining public servant will make themselves known or whether the committee will look towards its other options is yet to be seen.