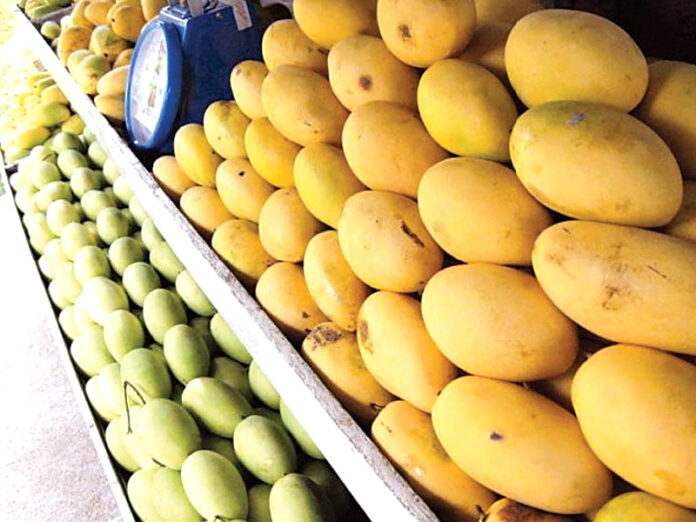 ISLAMABAD: The Middle Eastern region remained the top export destination for Pakistani mangoes, accounting for over 70pc of the share of total mango exports this year.

The production of mangoes rose in 2019 to 1.5 million tonnes, up from 1.3 million in 2018. Pakistan is the world’s sixth-largest exporter of the fruit.

“The Middle Eastern countries remained the biggest market of Pakistani mangoes as more than 82,800 tonnes were exported there till mid-September, which is a record, and is more than the (total) export of last year which was 82,000 tonnes,” said Waheed Ahmed, Patron-in-Chief of the All Pakistan Fruit and Vegetable Exporters, Importers and Merchants Association (PFVA).

Ahmed said that the UAE topped the table, with 32,500 tonnes of Pakistani mangoes exported to the country.

“Iran followed next with a volume of 28,000 tonnes. Oman was another big market as 13,500 tonnes were exported there, while Saudi Arabia remained third with 3,700 tonnes,” Ahmed was quoted as saying by Arab News.

He said better production and aggressive marketing coupled with promotions in the Gulf countries under the joint sponsorship of Pakistani foreign missions, had helped achieve the mango export target for the season.

“Mango exports will continue till mid of October,” Ahmed said and added he was hopeful Pakistan might touch a record export figure of 130,000 tonnes by the end of the season.

“We have started a strategy review to increase our export volume next year, especially in those Arab countries where we are not sending directly.”