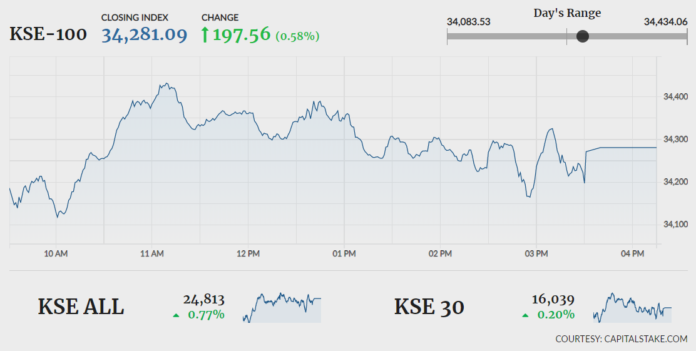 KARACHI: Positive sentiments returned to the Pakistan Stock Exchange (PSX) on Wednesday following media reports that Pakistan has not been placed on the blacklist by the Financial Action Task Force (FATF).

Foreign investors once again turned out as net sellers on Tuesday with a net outflow of $1.73 million. Major selling was observed in the banking sector ($1.52 million).

As per details, the FATF, while deciding in principle that Pakistan will remain on its grey list till next February, has directed Islamabad to take ‘extra measures’ for ‘complete’ elimination of terror financing and money laundering.

An FATF meeting in Paris on Tuesday reviewed the measures that Islamabad has already taken to control money laundering and terror financing. However, the meeting observed that Islamabad will have to take further steps in these four months.

Meanwhile, Pakistan’s GDP growth forecast has been slashed by the International Monetary Fund (IMF) in a recently published report to 2.4pc in 2020, with inflation going up to 13pc and unemployment rising to 6.20pc.