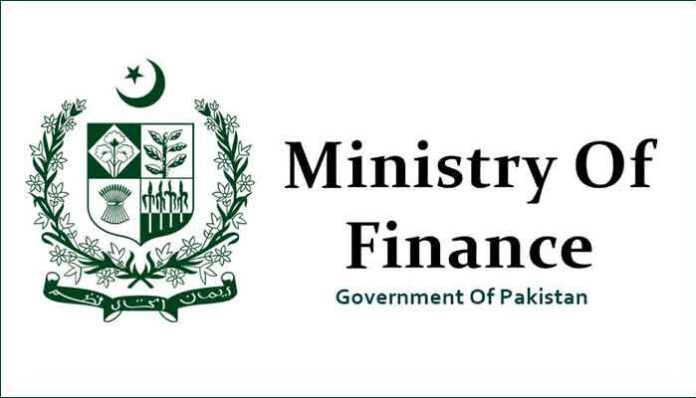 ISLAMABAD: The Ministry of Finance has said that the government’s macroeconomic adjustment and demand management policies for stabilization have started making an impact, as visible in the moderate growth of 3.3pc in the FY2019.

In a statement issued on Monday, the ministry stated that the result of what has been achieved so far needs to be seen and contextualised in the backdrop of a very difficult situation of the economy inherited by the government and how the measures taken by the government during the last one year have not only effectively checked the economic slide but have also turned the wheel in various sectors of the economy to ensure their long-term benefits for businesses and the common man.

The Finance Division rejected the news reports published on the basis of a news article in an online international newspaper, which claimed that the “voters and traders were feeling pain of the government’s economic plan due to rising inflation and wrong policies”.

The Finance Division maintained that at the very outset, it is important to mention that when the present government assumed the office, the economy was facing multiple challenges relating to fiscal, external and real sector of the economy. The unaddressed macroeconomic imbalances and long-awaited structural reforms needed urgent policy actions.

To address these issues, the present government thus introduced a comprehensive set of economic and structural reforms and the impact of macroeconomic adjustment and demand management policies for stabilization were now visible as FY2019 witnessed moderate growth of 3.3pc.

The Finance Division pointed out that the media reports, while referring to increase in prices, did not take into consideration the major causes behind this rise and instead stated the figures, whereas major reasons for the rise in inflation included (i) sustained pressures on twin deficits which induced the government to adjust administered prices upwards and also impose regulatory duties on imported items; (ii) supply constraints of certain food items and imposition of FED on cigarettes; (iii) and the impact of rise in fuel prices and exchange rate depreciation.

The division further stated that the rise in inflation was mainly due to delay in policy adjustments required during FY2018 as the present government had to make difficult decisions of upward adjustment in overdue gas and electricity prices, market-based exchange rate adjustments, increase in interest rates etc. to correct the macroeconomic imbalances. The government also adopted prudent expenditure management and contractionary monetary policy to compress the aggregate demand. To this effect, the State Bank of Pakistan raised the policy rate to 13.25pc to arrest inflationary pressures.

The Finance Division further clarified that the government was making all efforts to control inflation by ensuring smooth supply of commodities, checking undue profiteering & hoarding and vigilant monitoring of prices both at the federal and provincial level. To address the issue of severe macroeconomic instability and to put the economy on the path of sustained growth and stability, some tough immediate steps were required. The present government thus introduced a comprehensive set of economic and structural reforms. In this regard, the Finance Division has worked out a strategy to control inflationary pressures in the economy.

Explaining the measures to control inflationary pressures on the economy, the Finance Division said the government had discontinued borrowing from the State Bank of Pakistan which had an inflationary impact, and switched to commercial banks for borrowing which was less inflationary in nature. Similarly, the National Price Monitoring Committee (NPMC) in consultation with the provinces was regularly monitoring the prices and supply of essential food and non-food items.