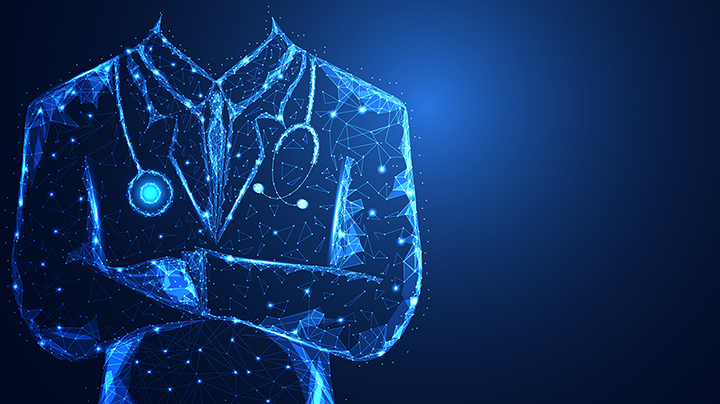 Many startups do not even pass the first or second year of their existence. And if they somehow do pass this phase, well, it was just their honeymoon period. Everything looks great at the time, your idea seems to be working, you might even have your first few customers and people might be wanting to join your team. But once you pass that phase and the startup becomes a business, that is when it becomes difficult to sustain, grow and succeed.

Fahad Aziz is the co-founder and chief technical officer of healthcare company CareAxiom, a subsidiary of US based company Caremerge, with offices in Chicago, San Francisco and Lahore. It was founded in 2012, and provides web and mobile-based solutions to improve coordinating care for senior citizens. It was named one of the fastest growing companies in the US by Inc5000 last year, and currently serves over 100,000 senior citizens.

How CareAxiom became a high-growth startup is a story of its own. Like all successful ventures, their journey had its period of tribulations. But one defining factor that allowed CareAxiom to achieve high growth was that they were able to raise investment whenever required.

“You can grow organically but that is much slower. You have to raise money to grow. In the last five years, we [CareAxiom] raised $20 million in funding from various investors. This, however, was not a one-time effort. It was an ongoing process. We raised $500,000 at first, then we did $2 million, and then $4 million, $14 million and so on,” says Fahad.

He was speaking to Profit at a tech summit organised by CareAxiom and Open Lahore at Lahore’s Arfa Karim Tower – the same building that houses Plan9, the Punjab government’s incubation center for startups.

In his quest to raise investment for CareAxiom, Fahad sat in multiple sessions with over 135 investors. That precious time spent in fundraising rounds has given him an insight into what investors are looking for. He outlined four crucial aspects to Profit that make or break an investor’s interest in any startup.

The investor looks at the team’s ability to deliver on what they are promising. And that requires the team members to complement one another. Investors are watching out for any overlap in the team members’ skills, and will instead go for a team that possesses a diverse skill set.

“If you have two co-founders and both of them are technical [persons], it may not go very well [with the investor]. A technical co-founder and another one who has a business acumen would go rather well since the skill sets are diverse. Same would be true for someone in the team who has a background in marketing. They need to complement each other,” Fahad says. 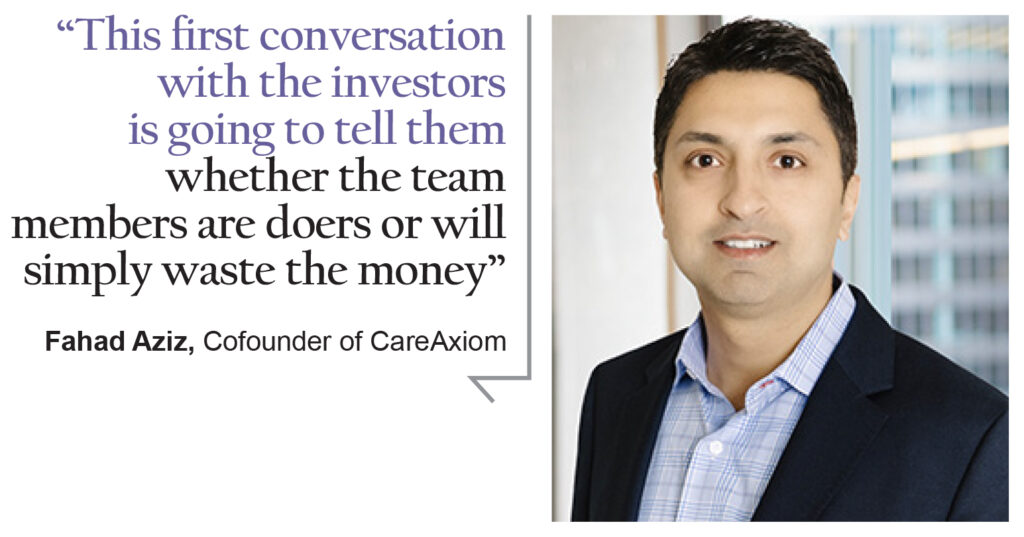 According to him, investors are keen observers. They can decode the body language of a team and look for signs about whether the team has any contradictions among its members, or whether a team member negates what is said by his peers.

“They [the investors] want to make sure that those who are presenting before them can work together. They are looking at your body language. That you are not negating each other, not interrupting each other’s conversation. This first conversation with the investors is going to tell them whether the team members are doers or will simply waste the money,” he adds.

If you want investors drooling over the money your startup could potentially earn them, just a good product won’t cut it (unless you are building something that doesn’t exist just yet). But if you are debuting in a market where there is already some competition, it is ideal that you build something that is at least 10 times better, and has the potential to significantly grow.

For instance, if you tell a potential investor that you are entering the ride-sharing startup space with a Careem or Uber-like app, you’ll only look absurd while pitching that idea. Copying the same model won’t cut it. Of course, unless your investor is Softbank or something similar, and you have an idea so appealing that your investors can’t resist, they’ll probably still think twice before investing in your ride-sharing startup. Uber and Careem are established competitors, while your startup is on a shoestring.

In short, don’t build if you can’t build the best.

The size of a market is an indicator of how much your startup can grow. Investors simply won’t spend money on a startup if they don’t see a potential for growth, unless your investors are philanthropists that seek no return.

Safwan Khan, the founder of Xgrid, an Islamabad-based tech firm, said that if you are building a product that has a market of millions of people, you are looking at a billion-dollar company, but if your market is of 10 people, you can’t achieve anything.

You have built a great product, but will you be able to grow it? Or put it this way: how much can you scale it?

The answer is obvious. No matter how amazing your product is, your target market is too small. Pakistan only produces a few thousand doctoral candidates every year, making it extremely unlikely that an investor would be interested.

“You are better off building an application for students who are in matriculation,” says Fahad.

Probably the most important component investors look at is traction. It’s one of the main reasons behind the failure of most startups. Fahad believes traction is often an afterthought for most startups.

What defines traction? Traction is having a measurable set of customers or users that can tell the progress of a startup. Every startup’s traction is different; for some, it is revenue, or how much how much money a startup is making. In some cases, it is about engagement: can you continue to engage your users over time?

This is what investors love, says Fahad. They want to participate in your startup so that they can get a return on their investment, which is why your startup needs to have some traction.

There are a lot of misconceptions among startups [about what user engagement means], he says. 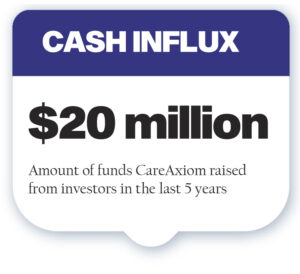 Let’s understand what these core actions can be. For Google, that core action is ‘googling’. They want more and more people to google and they make it very easy for the users to do it. For Careem, that core action is booking, not just downloading the application and registering. The more rides you as a user book, the better it is for Careem’s business. For Twitter, this core action is tweeting. For Youtube, it is about generating content.

In all of these cases, the core action should be the easiest to perform. Tweeting is hassle-free and uploading a video on Youtube is relatively seamless.

It is for this reason startups offer free goodies to prompt users to initiate these core actions on their applications to increase their user base. Airlift, a ride-sharing startup, offers five free rides to customers using it for the first time. By offering these free rides, Airlift is is increasing its user base ie. it’s initial traction. It is pulling customers to perform the core action that forms the basis of its traction: booking rides. For comparison, Airlift does not offer free rides on downloading the application or creating an account with them.

“The first problem, which is very difficult for the startup to figure out, is what is their core action. Then there is the ‘leaky bucket’. That is what if you have people who do the core action but never come back,” says Fahad.

“We need to stop that and that is the next step: retaining your user base. There are two ways to do that. One is by giving so many benefits to the user that they don’t want to leave. You have to get your users to when they use your system, they benefit from it so much, they use it more and more and more,” he says.

Does that ring a bell? Every now and then Uber and Careem offer discounts to its existing customers. Why? To retain their customers, of course.

Secondly, says Fahad, you need to build enough value around your product so that the more consumers use it, the harder it is for them to leave.

“An example of this is Evernote. It allows you to take notes. But more than taking notes, it allows you to send your PDF files and emails. It becomes a repository of all your documents. Imagine losing all your documents. But then you remember there is a repository where these are safe and you can find these documents there. It would be impossible to stop using it. There is so much accruing benefit that leaving is not a choice anymore,” he says.