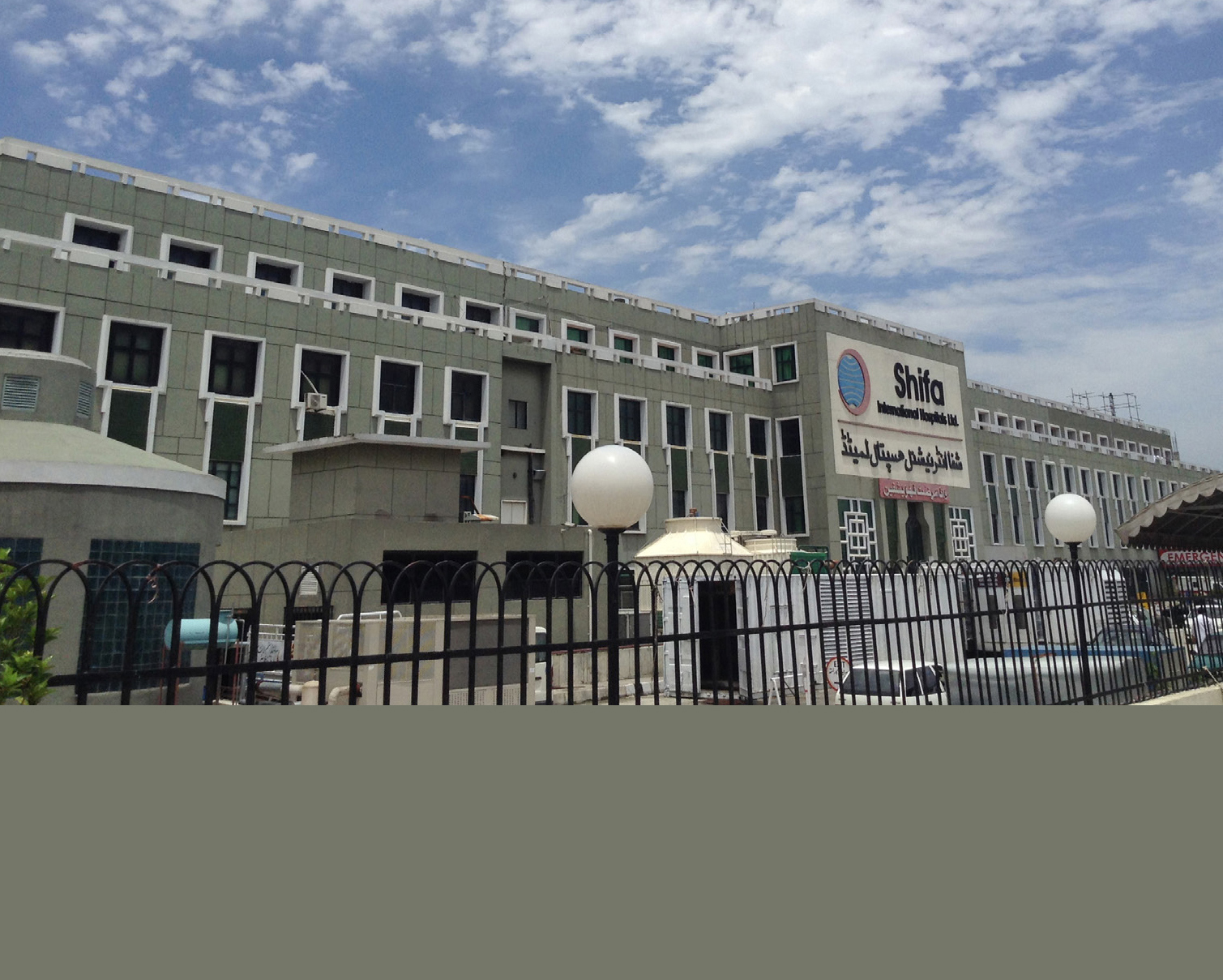 Shifa International Hospital Ltd, the country’s only publicly listed hospital company, is planning on building a brand new hospital in Faisalabad, the company’s first foray outside their home base in the Islamabad-Rawalpindi metropolitan area. The new Shifa National Hospital is expected to become operational over the next three to five years.

The new hospital in Faisalabad is not the only part of Shifa’s expansion drive, though. During  the same time period, Shifa is also planning on opening a new Shifa Ambulatory and Diagnostic Centre in Islamabad. The new center would focus on providing outpatient care, diagnostic and laboratory services, as well as minor surgeries that can be undertaken in the ambulatory (non-inpatient) setting.

The new center represents an expansion of the range of services for Shifa, which currently derives the bulk of its revenue from a single inpatient hospital in Islamabad, which also operates an outpatient department and an emergency room.

To fund both of these projects, Shifa is expected to raise Rs2.6 billion over the course of the next three years.

“Shifa is neither taking a loan nor issuing rights; instead it will raise equity from the directors’ and owners’ personal pockets,” said Sunny Kumar, a research analyst at Topline Securities, an investment bank and securities brokerage firm, in a research note issued to clients earlier this month.

At least part of the expansion will likely be financed by the company’s own free cash flows, though the cost of the new hospital is well beyond what the company normally spends on capital expenditures. Over the past few years, its annual capital expenditure was typically in the range of Rs600 – 700 million.

Nonetheless, despite its rising need for financing, the company is planning on keeping its dividend payout ratio unchanged during this period.

Currently, Shifa earns around 95% of its revenue from its main hospital in H-8, Islamabad. Its revenue for the financial year ending June 30, 2019 grew by 14.3%, from Rs10.3 billion to Rs.11.7 billion. Over the past five years, the company’s revenues have grown at an average annual rate of 12.8% per year.

The two projects will be managed by Shifa’s newly-named subsidiary Shifa Development Service Ltd (SDS).  Shifa has applied for government approval for construction, and is expected to hear back within the next few days for the Faisalabad hospital, and two to three months for the Diagnostic Centre.

Markets have reacted favourably to the company’s expansion plans. The company’s stock is up 17.9% over the past month when the announcement first came out.

According to Kumar, Shifa International Hospital is one of the largest hospitals in Islamabad, and has virtually no comparable competition in the city. The company’s foray into Faisalabad marks its ambitions to expand further in Punjab, while sidestepping exiting hospital competition in other large cities like Lahore. In its most recent annual report, the company’s management highlighted the potential it sees in Faisalabad as a growing urban centre of Pakistan, with a population three times that of Islamabad, and which an estimated metropolitan gross domestic product (GDP) of $20.5 billion.

Shifa International Hospital in Islamabad was first incorporated in 1987, and was converted into a publicly listed company in 1989. The Islamabad hospital currently offers 550 beds. Once completed, the hospital in Faisalabad plans to offer 250 beds.

The hospital in Islamabad is also seeing some improvements; a new MRI machine has been installed that cuts test time from 45 min to 15 min, along with more neonatal intensive care unit (NICU) beds, and a new breast cancer clinic.

Shifa Hospital’s expansion isn’t a complete surprise. It makes sense in the context of Pakistan’s booming healthcare landscape. The demand for health care services in the rapidly-growing country is rising, and companies are looking to invest.

Take Engro Corporation. The Pakistani conglomerate has been rumoured for almost a year now to be interested in the healthcare sector in the country. Profit has previously reported in December 2018 that sources familiar with the matter said that Engro was considering partnering with Ashmore, a London-based emerging-markets-focused investment management firm, and King’s College London Hospital to set up a chain of hospitals across Pakistan. The proposed hospitals would cater to middle and upper-middle class consumers. Should the project actually materialize, it would be the first foreign healthcare brand to enter the Pakistani market.

And it is not just local companies like Engro that have taken an interest in this sector. Before its spectacular collapse, Dubai-based private equity firm Abraaj managed a $1 billion healthcare fund, of which at least half was invested in hospitals and healthcare projects in Pakistan, India, Nigeria and Kenya. While Abraaj no longer exists, the health care fund still does. It was bought in May 2019 by US-based TPG Capital, the fifth largest private equity firm globally. The fund has been renamed Evercare Health Fund, and continues to operate at least 30 hospitals and 3,000 beds in Pakistan and other countries.

The increased interest in the country’s healthcare sector is not entirely surprising: since the passage of the 18th Amendment to the Constitution in 2010, and the 7th National Finance Commission Award, both of which granted provinces considerably more financial and political autonomy and granted them the ability to manage and spend on healthcare, total spending in Pakistan’s healthcare sector has exploded, led by the public sector.

Total spending on healthcare in Pakistan rose by an average of 18.3% per year since the passage of the 18th Amendment, led by a 33.9% per year average increase in government spending on healthcare, according to Profit’s analysis of data from the Federal Ministry of Finance, and the Pakistan Bureau of Statistics. Nearly all of that increase in spending comes from provincial governments spending more money on the country’s public health infrastructure.

By comparison, in the eight years prior to the 18th Amendment and 7th NFC Award, healthcare spending rose by an average of just 9.5% per year, suggesting that the acceleration is quite real.

The rise in public spending has meant that more people have access to hospitals, including private ones. In Punjab and Khyber-Pakhtunkhwa, for instance, governments have instituted publicly funded, but privately operated, health insurance programs that allow most poor residents in the provinces to access high quality private hospitals on an equal footing with upper middle class residents of those provinces.

Those programs, which are similar to Managed Medicaid programs in the United States or publicly funded insurance programs in France, have greatly increased the demand for healthcare services, a demand that investors are increasingly looking to capitalise on. As the largest hospital in the nation’s capital, and the only publicly listed one, it is clear that Shifa International does not plan to be left out of the race on its home turf.