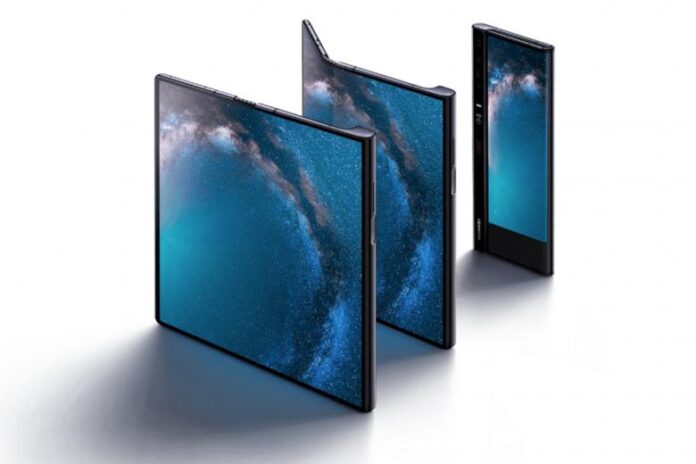 SHENZHEN: Huawei Technologies Co Ltd started taking orders on Wednesday in China for its eagerly awaited foldable smartphone, as it ramps up marketing at home to make up for weak overseas sales amid US trade sanctions.

The launch of the 5G Mate X smartphone has been delayed twice this year, as Huawei, the world’s No.2 smartphone maker, was forced to deal with tech supply disruptions caused by a US trade blacklist imposed on the firm in May.

The move has dealt a blow to Huawei’s smartphone sales in Europe, its key overseas market, but the company saw its third-quarter revenue rising 27pc thanks to solid sales in China and higher shipments of models launched before the May ban.

The new smartphone, a competitor to Samsung Electronics Co’s Galaxy Fold which went on sale last month, will be launched officially on Nov. 15 in China at prices starting from 16,999 yuan ($2,403), a Huawei spokesman said.

Washington alleges that Huawei, also the world’s biggest telecoms gear maker, is a national security risk as its equipment could be used by Beijing to spy – something the Shenzhen-based company has repeatedly denied.

Still, the ban has meant that Huawei has not been able to license the latest version of Android from Google, the Alphabet unit, which has impacted its latest Mate 30 smartphone range that it launched in September.
He Gang, head of Huawei’s mobile phone division, said on Wednesday the company has already sold more than 200 million phones so far in 2019, hitting that milestone more than two months earlier than it did in 2018.
Huawei’s 5G Mate X was originally set for a June launch but the company delayed it, saying that it was running certification tests with various carriers.
- Advertisement -
Facebook
Twitter
Linkedin
WhatsApp
Email
Previous articleHealthtech startup oladoc hoping to raise investment after showing promise in intl competition
Next articleMoody’s finds telco regulations in Pakistan politicised, unpredictable