Govt gives in to traders’ demands 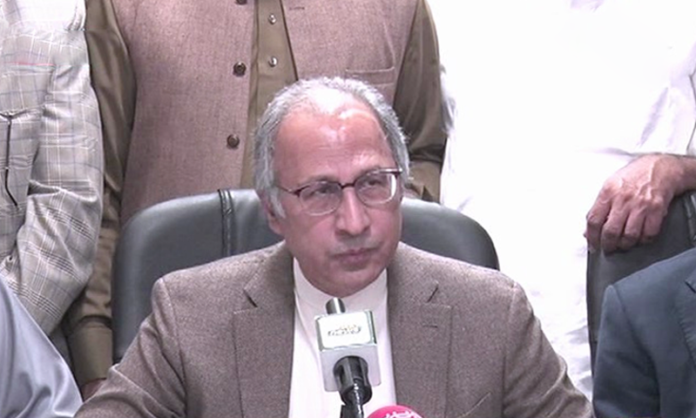 ISLAMABAD: A protracted deadlock between the government and the traders came to an end on Wednesday after both sides reached an 11-point agreement pertaining to the tax conditions imposed by the federal government in the budget.

Adviser to the Prime Minister on Finance Dr Abdul Hafeez Sheikh, flanked by Federal Board of Revenue (FBR) Chairman Shabbar Zaidi and PTI stalwart Jahangir Tareen, announced the agreement at a press conference in Islamabad on Wednesday.

On Tuesday, the traders observed a shutter-down strike throughout the country to protest measures designed to document their transactions and presenting a CNIC copy for buying and selling goods up to Rs50,000.

During the presser, the finance adviser announced that the government won’t take any action regarding the violation of the CNIC condition till Jan 31, 2020; the clause for the submission of the identity card, however, will remain in place. 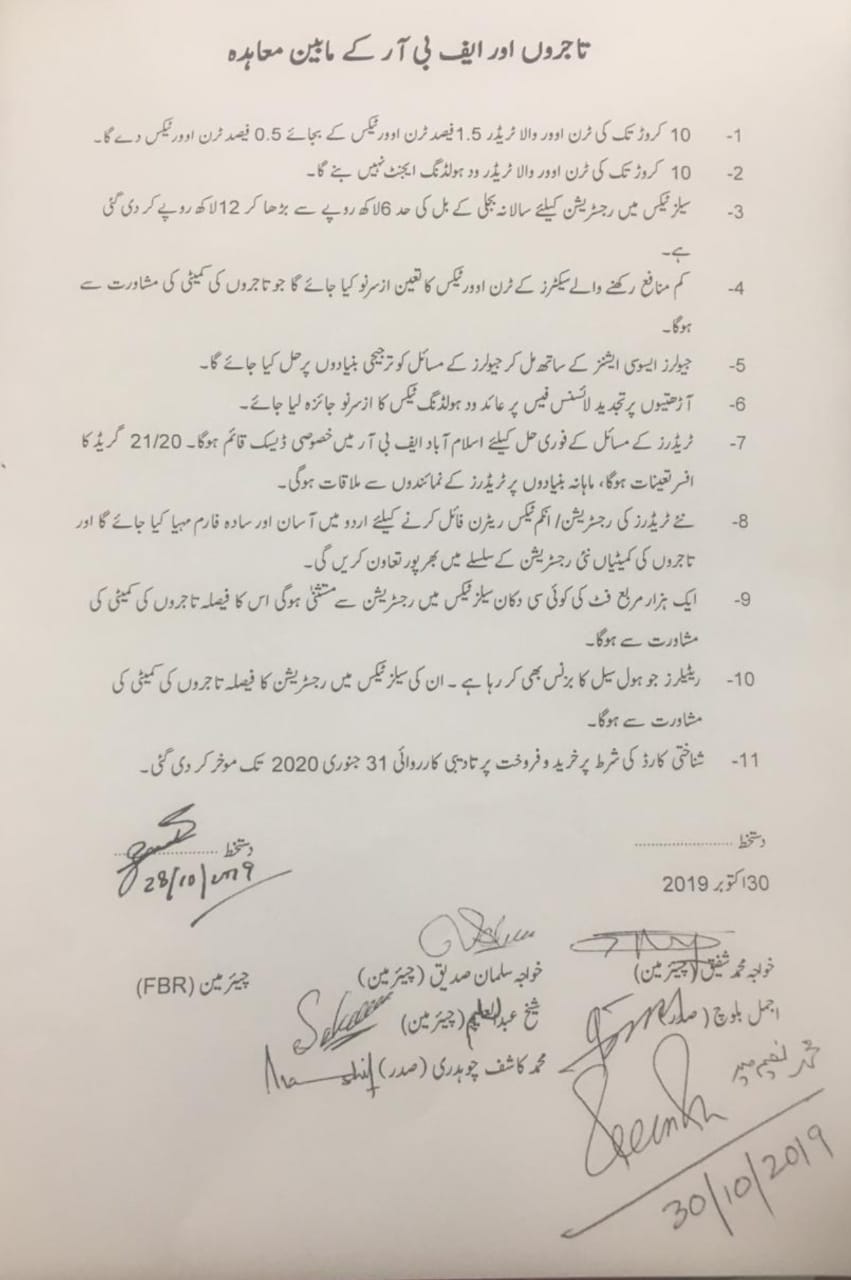 “Traders with an annual turnover of Rs100 million would have to pay Rs0.5 per cent of the turnover instead of 1.5pc and that the same traders would not become withholding agents,” the agreement added.

A review, in consultations with a committee of traders, will also be undertaken for the rate of turnover tax for sectors with a low-profit ratio. The two sides also agreed to resolve the issues of jewellers on a priority basis and in consultation with their associations.

Moreover, the government also agreed to increase the limit of the electricity bill for registration in sales tax register to Rs1.2 million from Rs600,000. The withholding tax on the renewal of brokers’ licence will also be reviewed.

Under the agreement, the government will consult with the traders’ committee for the decision to grant an exemption in sales tax to a 1,000 square feet shop.

Similarly, the government will take traders onboard for the decision about the inclusion of those retailers who are also engaged in wholesales business in the sales tax register.

Sheikh also announced that the government will establish an exclusive cell at FBR, Islamabad, to resolve the issues of traders on an immediate basis. The head of the cell will be a grade 21 or 22 officer, who will maintain contact with traders on a monthly basis.

Meanwhile, Ajmal Baloch, president of the All Pakistan Anjuman Tajiran, said that the agreement offers a win-win situation for both sides.

“There is no link between the strike and the Maulana March,” he said while talking to this scribe. “The key issues have been resolved; the main impediment to successful talks was lack of cooperation by some elements in FBR.”

“We had always stated that traders cannot be and will not be part of the sales tax regime as this matter relates to the manufacturers and an FBR inspector is posted there. We told them that your people are corrupt or incompetent and this has nothing to do with us.”