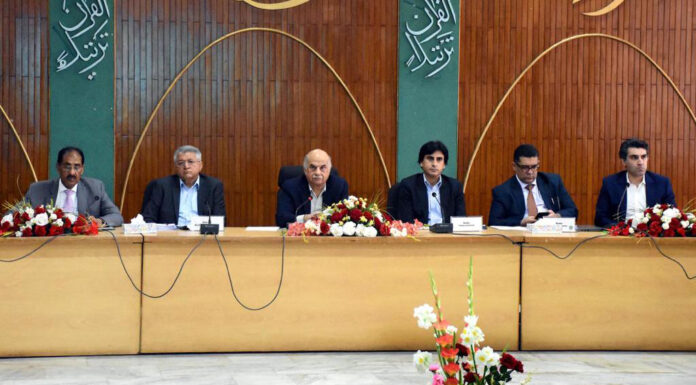 The main objective of the project is to eliminate poppy cultivation by providing alternate livelihood facilities to the people of the area; construction of rural roads will also make the area accessible to political administration.

Meanwhile, a project related to transport & communication namely “Dualization & Improvement of Mandra, Chakwal Road”, worth Rs12.77 billion, was referred to ECNEC. This project envisages improvement of the 64km-long existing road to a width of 7.3 metres and construction of an additional 7.3m wide road to make it dual carriageway.

A project related to manpower titled “Implementation of ‘Skill for all’ Strategy as Catalyst for TVET Sector Development in Pakistan”, worth Rs9.8 billion, was approved in the meeting.

The main object of the project is to ensure the provision of a skilled workforce for various national projects and international job markets.