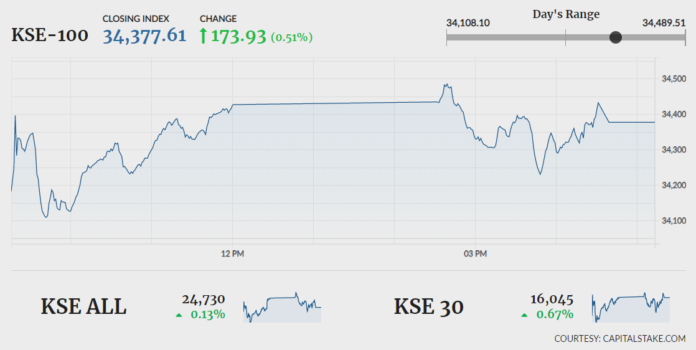 KARACHI: Stocks continued to rally for the second consecutive session as the indices marched north throughout Friday, turning a blind eye to the ongoing political events.

Foreign investors offloaded shares worth $2.05 million on Thursday; equity of $12.93 million was sold in September 2019. Major selling was observed in the banking and oil and gas exploration sectors ($13.54 million and $4.90 million respectively) during the month.

On the economic front, the total liquid foreign exchange reserves held by the central bank declined by $97 million to $15,090 million. Previously, the reserves stood at $15,187 million.

Moreover, the government increased petrol prices by Re1 per litre for the month of November amid fluctuation in global crude oil.