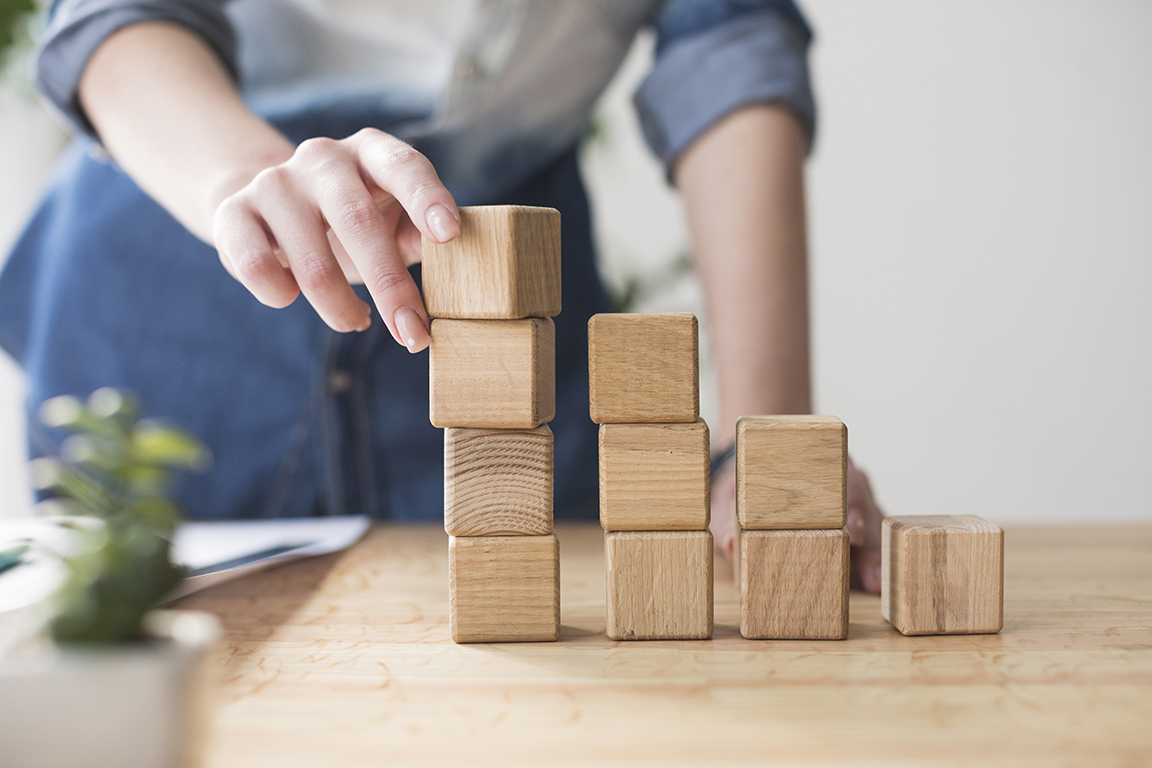 There is a lot of talk about the ‘jobs of the future.’ Nobody is quite sure what these jobs are, where you will find them, or what you need to do to be qualified for them, but there is a general, meandering understanding that things are changing, and jobs are changing with them. Uncles around the world have started advising young people to look into new kinds of careers, throwing around buzzwords like internet, connectivity, and adaptability.

Despite the uneasy understanding that the winds have changed course, the reality is indeed that a large number of jobs are on their way out, and it may be time to start considering employment options that still hold value and relevance in the world.

The obvious answer is technology. It is, after all, the force driving the wavering tides in terms of work. But what if someone does not want to sit behind a computer all day and write code? More importantly, what if they are just not good at it? Then there is medicine, with everyone from Medium to Forbes in agreement that healthcare professions are going to become more and more significant and with earning potential. The problem, however, remains the same.

It is a criminal simplification, but the question has to be asked, what ‘jobs of the future’ are there for people that do not have the scientific bent in their heads? One possible answer Profit will be looking at in this edition is project management. ‘Project Management’ is more a designation than a solid career, but it does encompass a breed of professionals that have in their skill set problem solving, team leadership, and spur of the moment decisions.

Depending on the industry you choose, your starting salary can range from Rs50,000 to Rs120,000, and with relevant experience you might be able to hit it off till Rs450,000 to Rs500,000. According to data from Glassdoor – one of the biggest job recruiting sites worldwide – this number can go as high as Rs2 million with more experience as a “senior project manager”. But how do you get into the world of project management, and what in the world does it entail?

Advice from across the bridge

Why project management is gaining popularity in Pakistan and how do you become good at this job is the topic of discussion for us today. And we will start it the same way Telenor Pakistan’s Head of Digital Partnerships and Innovation, Obaidullah Khawaja, did when he addressed the entrepreneurs of tomorrow at the National Incubation Center Islamabad.

It was an instructive speech in what happens when the line of communication is not clear between a manager and their team. And while it may seem simple enough to delegate responsibility, a lot more goes into maintaining communication with several different departments, keeping your staff motivated, taking risks and somehow managing to steer clear of decisions that have the potential of being time bombs for your project, and the whole company.

Khawaja outlined three requirements for being a project manager – empathy, ability to exert soft influence, and not waiting until you have a perfect product.

Again, we must stress that the correlation between degrees and jobs lies on a spectrum. A spectrum on which a medical professional, a graduate in literature or someone with a degree in management sciences could all be possible candidates for the same managerial spot. What is often more important is the right kind of, often innate, thinking, and mentorship.

While you may be able to learn a lot about academic side of this job with a Master’s Degree in Project Management, the stories and tips from the Karachiite LUMS alumnus with 15 years of extensive experience in AdTech and Telecom industries that were shared with the attendees of the NIC session, and now being shared with you, will certainly aide you in your pursuit of this career.

One of the things he laments about is the lack of any community in Pakistan for project managers, unlike software developers or other professions like doctors and lawyers. This is perhaps one of the reasons why not many students opt for project management in Pakistan. This might be apparent from the fact that a mere 37 universities out of 174 are offering this course.

There might be one different angle to it, however, since a lot of students opt to enter the supply chain and operations management sector. While these are smaller categories of project management, they are more popular among educational institutes when it comes to degrees that earn money. Every industry from tobacco to steel manufacturing, banking, exploration and production of oil, needs project managers. The plain reality is that there is simply not enough attention being given to this line of study and qualification within Pakistan, and companies are having to rely on increasingly inexperienced and unqualified individuals as managers.

One of the things that Khawaja shared was the importance of approach and the culture of an organization on its employees and the possibility of spinning it around when employees are given a chance to contribute.

“I was working at Microsoft and across the table from it was Amazon. Nobody took them seriously back then. I had joined Microsoft almost immediately after the Vista reset had happened and everything was in disarray. But their concept of 2-pizza teams and constant renovation brought it back on the block,” he told the crowd.

He elaborated that when it comes to project management, the person at the helm of affairs need to be the coordinator and know each job as if it is his own responsibility. “Even your employees don’t take your seriously, let alone your customers, if you are not aware of what you want and how achievable it is.”

He also believes that the concept of hiring external companies to manage your brand and marketing is also losing its appeal, and companies are slowly moving towards their in-house teams to draft marketing campaigns, indulge clients on social media and carry out sales on their own terms instead of having to give into the ideas suggested by marketing companies.

There is a lot that goes into project management, but it all starts from being closer to the customers, and at the core of it is empathy. “You cannot run a product when it is not earning. Unless someone else is paying for it.” This is why a project manager needs to be closer to the general public.

Interestingly, Khawaja has moved on to using the acronym PM which fit in well in any context – be close to people, do more work than their direct designation, and stay in touch with the realities of the market and trends instead of just ordering the team around.

Quoting the case study of Uber vs Hailo, he said that even though Uber was 50 percent more expensive than Hailo, the simple fact that Uber remained in touch with what the customers demanded while Hailo tried to approach the market from the supply side, and tailored their product for drivers instead of passengers.

“As a result, today Uber is on the top and Hailo is now not even in existence”. Hailo was absorbed by myTaxi in 2016 – approximately five years after its creation – which was later rebranded to the current Free Now.

On the subject of staying in touch with the customers, and keeping your team focused on the same, Khawaja reiterates the power of soft influence, which he says will not be possible unless the project manager is clear on the objectives he requires from his team and product.

He narrates examples from real life project managers, including Usman Gul – the mind behind Airlift. “I happen to know that when he [Usman Gul] would interview people for his company, he asked them to go out and sign a hundred people for Airlift. So this is how you analyze the skills and motivation of your employees too”.

Moving on to the execution part, and the final factor of the trifecta – not waiting until you have a final product, Khawaja said that many entrepreneurs have a set idea in their minds of how they want their product to behave and then they keep delaying launching it until they believe the product is perfected. This is wrong for a project manager.

“You would be in a better position to gauge the response of the customers and rather perfect the product according to what the market needs as opposed to making something that you or maybe your team only thinks is perfect”.

The NIC session did not, oddly enough, includes a case study example here, but for anyone familiar with the textile industry, the example of the changing fortunes of Limelight will jump out. From a store featuring almost entirely western attire with all the sequins and belts that go into that sort of clothing, now Limelight is a completely eastern clothing brand.

Along with this rebranding, footfall has also changed in Limelight stores, which once upon a time used to be open for a leisurely stroll even during the sales season, and now are jam packed with every launch of a new collection.

Another factor that that would be pertinent here is that a project manager has to “Learn to accept change.” This was said by a project manager working in the advertisement industry, Younas Khan. He added that sometimes a change might come as a threat, but it is upon the person handling a set of objectives to see how it can be used otherwise.

“I remember when social media advertisements and YouTube ads started to gain popularity. Many agencies either used the exact same ads they had for TV on these platforms or shortened them a little. But the only catch was to either send the message in the first five seconds in which the viewer cannot skip the ad, or make it so catchy that they don’t skip at all. So it is all about finding opportunity even in a threat when you are the one responsible for setting every step of the way to complete a project that is your responsibility.”

Obaidullah Khawaja also shared a similar anecdote, but with the lesson that not every target is achievable and that is also okay.

“At Flickable, we had an app, OFFICEShoes, and it was a phenomenal success. Within a short span of time we had over 600,000 downloads and more than $4 million in sales. We also received data that most of the purchases and most of the time being spent on the app were coming from tablets as opposed to computers or mobile phones. So my team decided that we should make the interface for tablet app that gives a magazine like experience. But before we could do that, the initial application got a bug and threw our new app plans in delay. So even though the new app idea was great, had we not fixed the bug in the mobile app first, we might have lost more than we hoped to gain from the new version.”

Summing it all up, Khwaja said that your project is your blank canvas. There are colors of engineers, QA team, designers and marketing, and you are the only person who is responsible to paint a picture with all the resources that you have available.

“You cannot assume that different teams will talk among each other and resolve an issue. It is your responsibility.” At the end of the day a project manager is the person responsible for setting things in order and planning every part of the process from procurement to execution. So if you are looking for a career in the corporate world but you don’t want to become outdated due to robots or AI, then Project Management is one option you can explore and exploit.