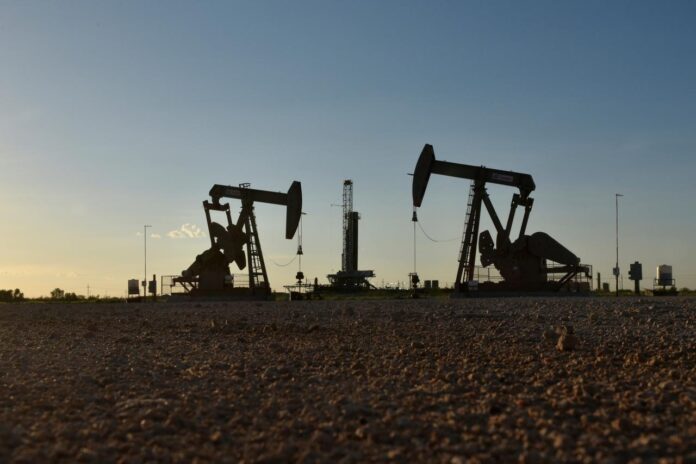 LONDON: Oil prices hovered near three-month peaks on Thursday, buoyed by falling US crude inventories and thawing trade relations between the United States and China.

Brent crude futures edged up $0.1 to $66.27 a barrel by 0957 GMT, heading for a sixth straight day of gains if prices on Thursday end in positive territory.

Trading volume was thin before the Christmas holiday with news of President Donald Trump’s impeachment by the US House of Representatives failing to stir the oil market.

“A resilient performance in the coming two weeks will flip the monthly technical picture unreservedly positive for next year,” PVM oil market analysts said, although they added prices were still likely to be volatile.

Oil prices are on track for a third consecutive weekly rise, surfing momentum from this month’s announcements about deeper output cuts by major crude producers and the phase one deal between Washington and China that has eased trade tensions.

The deal between the world’s two largest economies has improved the global economic outlook, lifting prospects for higher energy demand next year and underpinning oil prices.

In a further sign of thawing relations, China’s finance ministry on Thursday published a new list of six US products that will be exempt from tariffs starting December 26.

A week earlier, the Organisation of the Petroleum Exporting Countries (OPEC) and non-OPEC producers such as Russia agreed to deepen production cuts by a further 500,000 barrels per day (bpd) from January 1 on top of previous reductions of 1.2 million bpd.

Offering a further lift to oil prices, weekly data from the Energy Information Administration showed US crude inventories dropped 1.1 million barrels in the week to December 13, while gasoline and distillate stockpiles rose.