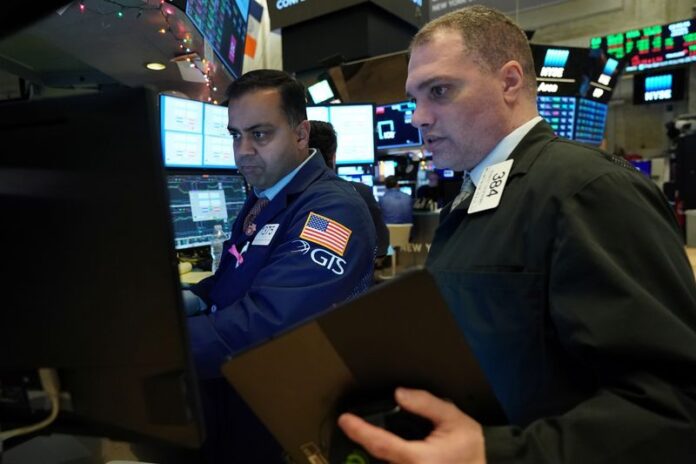 NEW YORK: Crude prices slid and equity markets around the world set new highs on Thursday as investors took on greater risk in a relief rally after the United States and Iran moved to defuse escalating tensions in the Middle East.

Gold prices retreated further from a near seven-year peak scaled immediately after Iran’s retaliatory missile strike on military bases housing US troops in Iraq early on Wednesday, while the safe-haven yen fell to more than a one-week low against the dollar.

US President Donald Trump later eased tensions by stepping back from renewed military action. He had ordered the US drone strike last week that killed a top Iranian general and raised fears over the past few days of a greater regional conflict.

MSCI’s gauge of equity indices in 49 countries hit an all-time high as did the pan-regional Stoxx 600 index in Europe and the three major stock indices on Wall Street.

The benchmark index in Australia set a record closing high and the main Canadian stock index hit an all-time high.

“Trump completely downplayed the idea of going to war with Iran or even any sort of retaliatory measures,” Bechtel said.

Neither side wants to further escalate tensions, said Bank of Singapore currency strategist Moh Siong Sim in Singapore. “All is well – so says Trump! That is the mood today,” Sim said.

Crude prices slid as the market shifted focus towards rising US crude stocks as prices receded to pre-crisis levels of mid- December. Brent crude futures fell 51 cents to $64.93 a barrel, while West Texas Intermediate slid 39 cents to $59.22 after tumbling nearly 5pc on Wednesday.

The yen, seen as a safe haven in times of geopolitical turmoil because of its deep liquidity as well as Japan’s current account surplus, quickly reversed gains made after the Iranian missile strike.

Another safe currency, the Swiss franc, also fell against both the dollar and the euro. The yen weakened 0.37pc versus the greenback at 109.55 per dollar. The dollar index, tracking the unit against six peers, rose 0.23pc, with the euro down 0.05pc to $1.1097.

Greater risk appetite was also evident in emerging markets. China’s trade-exposed yuan reached a five-month high of 6.9281 per dollar, while South Africa’s rand and Turkey’s lira, which had been buffeted this week, rebounded.