The Organic Meat Company applies for IPO at PSX 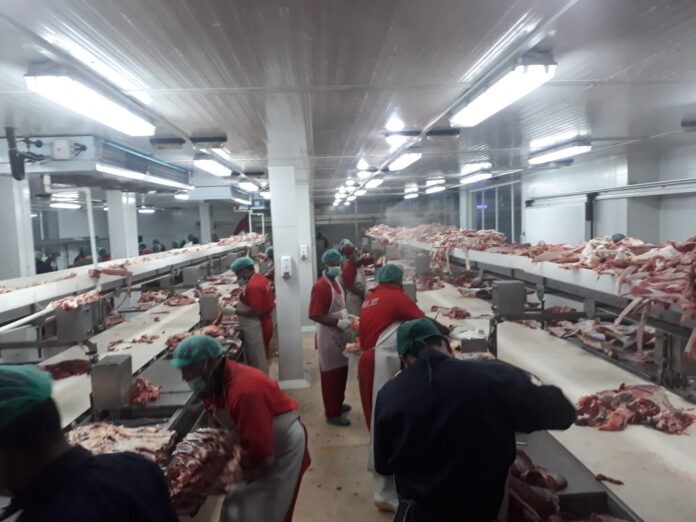 LAHORE: The Organic Meat Company Limited (TOMC) on Tuesday applied for initial public offering (IPO) listing at the Pakistan Stock Exchange (PSX). The offering consists of 40,000,000 ordinary shares (35.77pc of the total post-IPO paid-up capital of TOMC) at a face value of Rs10 each.

As per a PSX notice, the entire issue would be offered through book-building at a floor price of Rs18 per share (including a premium of Rs8 per share) with a maximum price band of up to 40pc.

“However, successful bidders will be provisionally allotted only 75pc of the issue size i.e. 30,000,000 shares while the remaining 25pc i.e. 10,000,000 shares will be offered to the retail investors. In case the retail portion of the issue remains unsubscribed, the unsubscribed shares will be allotted to the successful bidders on a pro-rata basis,” the prospectus read.

TOMC was incorporated on July 14, 2010, and commenced its operations on February 6, 2011, with two initial products, fresh chilled beef & mutton and frozen boneless beef, having capacities of 5tpd and 3tpd respectively.

Since then, the company has expanded its daily production capacity to 75tpd and 30tpd and product portfolio to four products with multiple market coverage.

TOMC claims that it is an exclusive livestock slaughtering and meat processing facility in the country matching and complying with international standards like HACCP ISO 9001:2008, PSQCA, Gulf Food Standards (UAE), Saudi Food and Drug Authority, Egyptian and Malaysian Standards.

The CFO shared that TOMC’s slaughtering and meat-processing facility is spread over 11 acres at Gadap, Karachi. “The facilities are approved to supply products to Iraq, Kuwait, Oman, Qatar, Kingdom of Saudi Arabia, United Arab Emirates, Bahrain, Egypt, Azerbaijan, Malaysia and Vietnam, whereas efforts are underway to procure approval for new markets such as Hong Kong, China and Russia.”

Imran claims this is the most diverse product portfolio offering in Pakistan’s meat sector.

“TOMC is the only player dealing in the offal export segment, which give us a unique edge over our competitors,” he maintained.

The company also provides raw lamb, goat, sheep, cow, buffalo and bull meat to their customers around the world.

On November 8, 2018, the company was converted into a public limited company.

TOMC CFO Syed Ali Imran said the main purpose of offering shares is to increase the current output of the company’s products, setting up a new facility for the processing of offal sourced locally in Korangi industrial area, and lastly, to utilize IPO funds to set up a facility in the export processing zone.

TOMC currently has short term borrowings of Rs718.659 million. Historically, the company has been utilizing short term borrowings from various banks to cater to the working capital requirements. However, keeping in mind the interest rate scenario as well as the devaluation of PKR against the USD, the company has decided to reduce its dependence upon banks for working capital.

The TOMC CFO said that last year, the company’s sales were approximately Rs2.4 billion while the target is to achieve the sales of around Rs3 billion this year after the expansion using IPO funds.