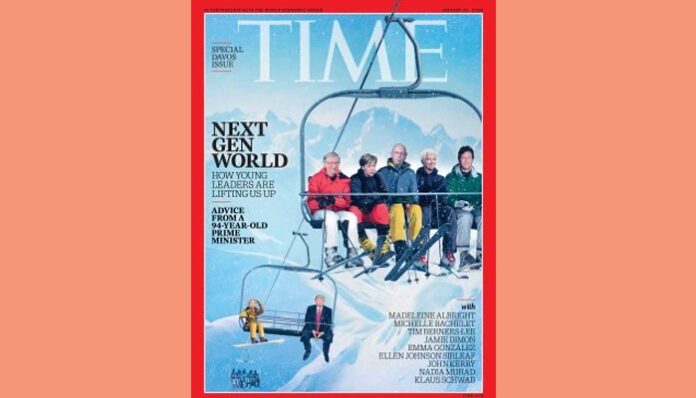 DAVOS: Prime Minister Imran Khan has been featured on Time Magazine’s cover page along with four other world leaders in the publication’s special edition on the World Economic Forum.

The magazine’s cover featured the five leaders sitting on a chair lift with the snow-covered Swiss Alps in the background. US President Donald Trump and young climate activist Greta Thunberg can also be seen sitting together on another chairlift in the background of the illustration.