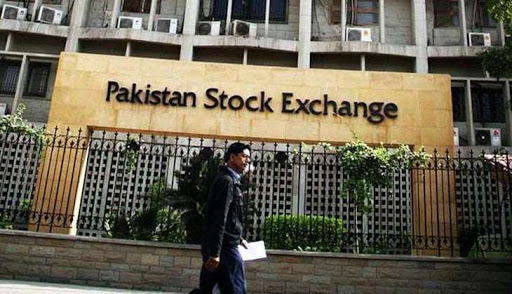 KARACHI: The Pakistan Stock Exchange (PSX) has cancelled the Trading Rights Entitlement (TRE) of AMCAP Securities Ltd, according to a statement released by the exchange on Friday.

According to the notification, PSX had previously suspended trading terminals of AMCAP on September 10, 2018.

The PSX board formed a sub-committee to provide an opportunity for AMCAP to defend itself in a hearing, as per PSX regulations. However, the board “observed that despite lapse of considerable time, no satisfactory progress has been made by AMCAP towards the removal of causes of suspension.”

This has led to the forfeiture of AMCAP’s TRE certificate with immediate effect. Effectively, this means AMCAP is no longer a recognized TRE certificate holder/brokerage firm.

The notification also noted that “the forfeiture of the certificate of AMCAP does not affect the rights of its creditors and clients in any matter and AMCAP remains responsible for discharging all its financial obligations.”

Separately, the PSX released another notification, where it informed investors and clients of AMCAP, to submit any claims they may have in relation to this news with the Regulatory Affairs Division of PSX in Karachi, Lahore, or Islamabad.

The last date for submission of claims against AMCAP is March 2, 2020.

This development is the culmination of the ongoing saga between the PSX and AMCAP Securities.

The problem initially started on March 31, 2017, when the PSX investigated AMCAP for regulatory non-compliance and asked for a written explanation by April 4, 2017. AMCAP asked for an extension, which the PSX declined.

Subsequently, on April 5, 2017, the PSX released a statement, saying it had suspended the trading terminals of AMCAP for violating the PSX rule book, in relation to Client Assets’ segregation and inaccurate Bookkeeping.

Then on September 10, 2018, the PSX again conducted an inspection of AMCAP, for regulatory non-compliances, though this time the exchange did not specify which rules had been violated. Nonetheless, it suspended the trading terminals until further notice.

The applicant must be a public or a private company, other than a Single Member Company, as defined in the Companies Ordinance, 1984. The company must also have a minimum paid-up capital of Rs50 million. A fee of Rs2.5 million is charged for the issuance of the new TRE certificate.