Rs50bn to be spent for IT sector development, says Dr Attaur Rahman 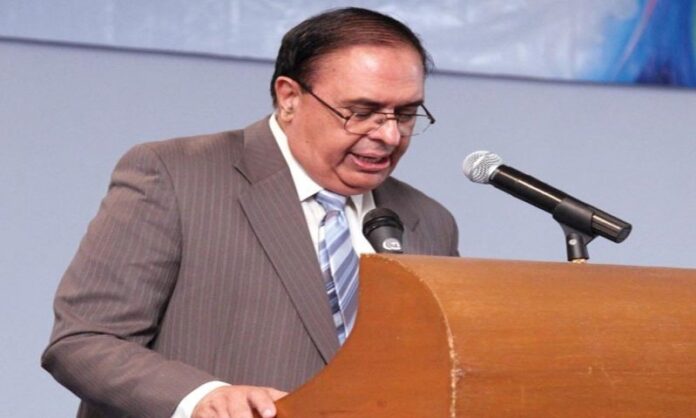 He was speaking at the opening session of two-day second International Conference on Information Science and Communication Technology the other day.

The conference was organised by the Department of Computer Science, University of Karachi.

Dr Atta, who also headed the Higher Education Commission, said Pakistan currently had a natural resource-based economy and to emerge as a strong nation it needed to make education, science, IT, innovation and entrepreneurship the key drivers of socio-economic development.

He stressed that knowledge is now the main driving force of world economics.

Singapore, he said, which is only 865 square kilometers in size with a five million population, has exports of around $330 billion as it focused on human resources and high-tech exports.

He said by 2025, 12 disruptive technologies would make an impact around the world and it was suggested that they would generate revenue of around $100 trillion.

Dr Atta informed the audience that all government software contracts would only go to local companies to boost local business and special technology zones would also be set up.