Rebuffed by UK, US pitches ‘big tent’ for Huawei rivals in Europe 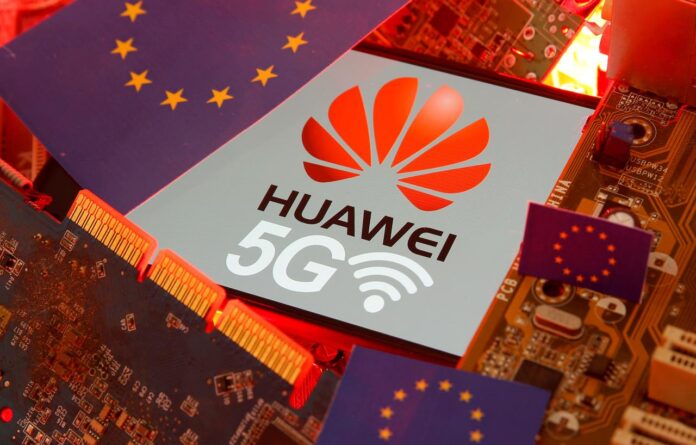 MUNICH: The United States is seeking to rally European support for competitors to Huawei Technologies following disappointment in Washington over Britain’s decision to use 5G equipment made by the Chinese company.

US officials at a global security conference in Germany this week urged governments and business leaders to build an ecosystem of “industry champions” that can provide alternatives to Huawei, the world’s biggest maker of mobile networking equipment.

Previous US efforts to convince allies to bar the Chinese company from their networks have primarily focused on warnings that its equipment could be used by China for spying.

Huawei has repeatedly and vehemently denied the espionage allegations. Chinese Foreign Minister Wang Yi told Reuters on Friday there was no credible evidence that Huawei was a threat to US security.

Speaking on Saturday, US Secretary of Defense Mark Esper told the Munich Security Conference that Washington was already working with vendors to develop and test new 5G technologies.

“We are encouraging allied and US tech companies to develop alternative 5G solutions and we are working alongside them to test these technologies at our military bases as we speak,” Esper said.

The United States has used high-profile events in recent years to raise security concerns about Huawei equipment, warning that allies that use it in their networks risked being cut off from valuable intelligence-sharing feeds.

Officials in Munich repeated those concerns but also struck a softer tone, emphasising the need to work with Huawei competitors to support their market position. They stopped short, however, of detailing any concrete plans or measures.

“We will have some sort of a partnership with industry, we’re not sure what that’s going to look like but … we will have a big tent,” said Blair, White House special representative for international telecommunications policy.

“It will be very much a US-led effort but with like-minded partners around the world and we’ll have to see where that discussion goes. And that’s a matter of months not years.”

People with knowledge of the matter said Blair had met with senior executives from both Nokia and Ericsson on the sidelines of the conference but declined to detail the contents of the conversations.

One industry executive said the US arguments about alternate suppliers were not new but had been stepped up following a British decision last month to use Huawei equipment, partly due to a lack of alternatives.

“If people oppose one brand or another then they have to tell us what is the alternative, right?” British Prime Minister Boris Johnson said ahead of the UK’s decision.

“The Americans are frustrated by the weak response from Britain, and worry Germany and France will think the same,” said the industry executive, speaking on condition of anonymity to discuss private conversations with American and European officials.

“As they see it, European leaders are not basing their statements on facts.”