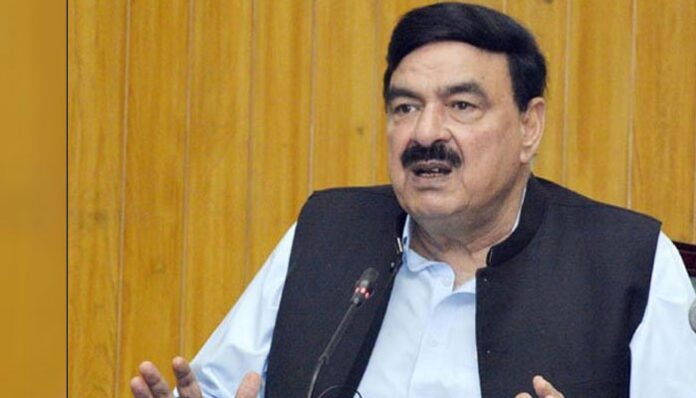 LAHORE: Railways Minister Sheikh Rasheed Ahmad said on Saturday that the Turkish Railways has agreed to assist Pakistan Railways through transfer of technology and by signing joint ventures.

Addressing a press conference at the PR headquarters, he said as per the latest agreement signed with Turkey, new coaches would be manufactured in Pakistan and for this purpose, the department would improve its technology with the support of Turkish Railways’ workshops.

He said a shuttle train between Lahore and Gujranwala would be initiated from February 24 and that its fare would be halved for the first day. “Parking fee at both railway stations would be reduced so that passengers prefer travelling by train instead of roads.”

The minister said that the Supreme Court (SC) had given the department three months to make operational Karachi Circular Railways, adding that all hurdles would be removed in this regard with help of Sindh Chief Minister Syed Murad Ali Shah.

“We do not want to disturb anyone but people within 50-feet land on both sides of the KCR track would have to evacuated and Rangers’ assistance could be sought for this purpose in line the SC orders,” he added.

He said the apex court had also permitted the department to sell its properties situated in Karachi. “All the deficit of Pakistan Railways can end if it succeeds in selling only one property like Hayyat Regency in Karachi.”

To a question, he said the elimination of encroachments was the responsibility of the government.

The minister said he felt honoured when the SC, during his recent appearance before the court, had expressed its trust in railways’ performance.

“For the first time in the railways’ history, the department had devised a business plan which was submitted to the SC. I thank the planning ministry for all the help in this regard,” he maintained.

To another question, the minister said that the railways department had a transparent mechanism to sell its lands and properties across the country.