IT ministry demands Rs34bn under next PSDP 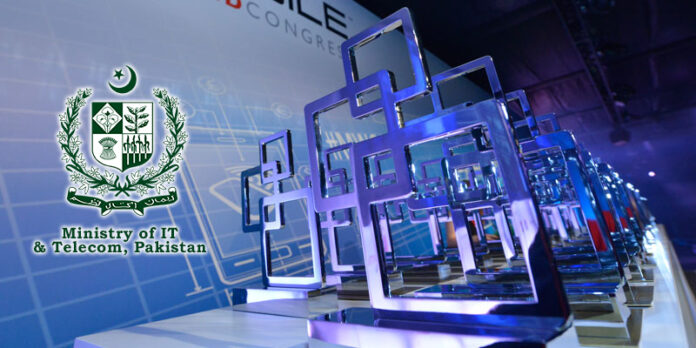 ISLAMABAD: The Ministry of Information Technology and Telecommunication has put in a request for Rs34.128 billion funds under the upcoming Public Sector Development Programme (PSDP) for 2020-21.

The said amount would be divided among 22 approved or in-progress schemes by the ministry and its attached departments, as well as 16 new schemes pending approval.

The NA Standing Committee on IT and Telecom meeting was held on Wednesday to discuss and scrutinize the budgetary proposals related to PSDP in respect of the Ministry of Information Technology and Telecommunication and its attached departments for the financial year 2020-2021.

The first agency to present its proposals under the umbrella of MoIT was Special Communciation Organization (SCO) – the primary telecom service provider for AJ&K and GB regions. SCO Deputy Director Brigadier Khalid Butt gave his presentation to the committee outlining current and upcoming projects. The first project concerns NGSM [next generation mobile spectrum] services across Karakorum Highway and Gilgit-Baltistan (GB). This project is already approved and under implementation phase and is likely to be completed by July or August 2020. SCO has demanded Rs1.522 million from PSDP for the said project.

The second project by SCO is of expansion of broadband in AJ&K and GB regions and requires Rs1 billion from PSDP. “The broadband infrastructure in the area has not been updated since 2007, and now it has become so dilapidated that it needs to be replaced,” informed Brig Khalid.

Expansion of cellular services in AJ&K and GB regions is another project on SCO’s list for which the company has demanded Rs1,081 million. Another proposition by SCO is of fiber optic project, which due to its real estate related issues is under litigation at the moment.

“We have requested to be at least given permission to continue with the construction of the SCO technical training institute that comes under this project, because we can start to contribute approximately 25pc of the original cost to the government in revenues within six months once the project is completed,” the deputy director said. For this project, SCO demands Rs 34 million from PSDP.

In addition to the above mentioned projects, SCO also has eight more, yet unapproved, projects including Pak-China optic fiber cable (OFC) project across the country costing approximately Rs29,318 million; implementation of PECA and DIRBS that will require Rs235 million; upgradation and replacement of OFC costing Rs800 million; upgrading of terrestrial microwave link and expansion of cellular services in AJ&K and GB regions, each needing Rs1,000 million; establishment of content delivery network requiring Rs1,140 million; and protection and upgrading of Pak-China OFC link (which has already contributed around $11.4 million to the national exchequer in six months).

The second presentation was given by the National Information Technology Board (NITB). This organization is already working on demand-driven industry quality and capacity enhancement program as well as transforming federal ministries into e-offices. The latter is at 57pc completion as of today. For 100pc transformation of government offices into e-offices, completely equipped with iPads and document free procedures, NITB requested Rs572.8 million from the PSDP. In addition, the capacity building project also needs Rs604 million.

Another project by NITB is ‘Digital Lockers’, an initiative to be provided to general public where they can keep their important and attested documents and can share the key while applying for university admissions or job applications instead of having to print dossiers for every application. This project will need Rs 200 million in funding. One Patient One ID is the third proposal by NITB for which they have asked for Rs 95 million, and Presidential Initiative for Cyber Efficient Parliament has been told to need Rs 600 million to be completed in three years.

Pakistan Software Export Board (PSEB) presented its demands next, but since they had come without a prepared power point or detailed presentation, the committee expressed disappointment at their inefficiency. MNA Makhdoom Zain Hussain Qureshi brought to committee’s notice that PSEB had also been functioning without a chairman of the board for several months and the process of hiring a new board chairperson is also being delayed. In response to this, Ministry of IT Joint Secretary Taimur Khan said that the process of finalizing the next board chairman had been completed up till the decision of the Minister-in-Charge and the complications on that matter would be resolved soon, now that Khalid Maqbool has re-taken the charge.