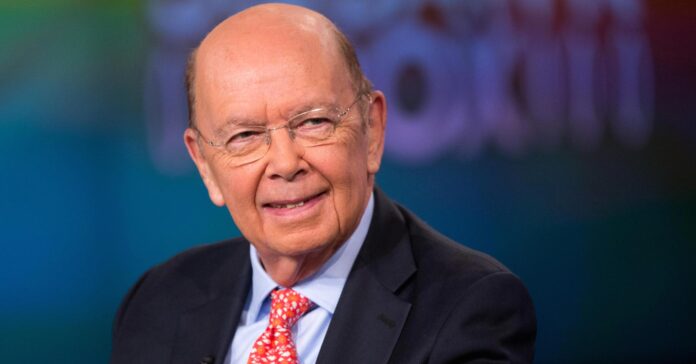 Wilbur Ross was leading a US trade delegation to Pakistan, aiming to elevate trade and commercial ties between the two countries.

He said his visit to Pakistan was part of the US government’s desire to increase trade links with Pakistan”.

“Such [enhanced] links between the two counties will help encourage further expansion of ties in various fields,” the top US official added.

During the meeting, Omar Ayub gave an overview of Pakistan’s energy sector, including efforts made to reform the sector. “These efforts are being personally overseen by Prime Minister Imran Khan himself.”

The minister called for greater US investment in the energy sector, particularly in the areas of power generation, transmission & distribution, artificial intelligence, renewable and hydel energy etc.

He reaffirmed Pakistan’s commitment to cleaner fuels and green energy.

The minister said that Pakistan’s energy mix would be diversified in the near future, as the government intends to inject more hydel and renewable sources in the national grid, foreseeing the share to increase by 52pc by 2025 and 63pc by 2030.

Speaking on the occasion, SAPM Nadeem Babar informed the visiting delegation on key actions taken to improve ‘ease of doing business’ in Pakistan.

He also opined on how more US investments could be incremental in improving the business relations between the two countries.

The SAPM welcomed the re-entry of ExxonMobil to the Pakistani market, terming it a ‘favourable development’ that could bring more companies there.

The two sides agreed to step up cooperation in the energy sector.

Separately, the US commerce secretary called on Adviser to PM on Finance Dr Abdul Hafeez Shaikh at the Finance Division to discuss Pakistan’s economic planning and agenda.

Welcoming the commerce secretary, the finance adviser remarked, “The arrival of the US commerce delegation is good news for Pakistan, as it will have positive consequences for the country.”

He noted that Pakistan and the United States had maintained a durable relationship over the years, adding that there was a dire need to cash in on these relations.

Shaikh said after offering concessions to the export-oriented sector, the government was now looking forward to a major boost in exports.

“We have followed the FATF action plan to a significant level, opened our markets to the foreign investors by providing ease of doing business and we are trying to build our image as a tourism-friendly and investment-opportunity country in the region.”

Sharing the updates on the country’s economy, the adviser said although the country was trying to revive the economy through stabilization reforms and inviting foreign investment to the country as well as taking care of its vulnerable, the rising prices of food items, high energy prices and slow revenue generation were issues that concerned him.

He said the government’s efforts were directed towards providing ease to the common man and it would require guidance from its global partners as well.

The adviser said the trade volume between the two countries was only around $7 billion and the country was in urgent need to increase that to help the GDP grow.

“We had made a mistake in the past by not forming our alliances on the economic front, based on our developmental requirements.”

The US secretary commerce said they could help Pakistan in the energy sector and the details of the projects, where economic cooperation could be enhanced, were being worked on.

Moreover, Adviser to PM on Commerce Abdul Razak Dawood urged US Commerce Secretary Wilbur Ross to encourage US companies to invest in Pakistan.

“After achieving economic stability, the government, under the leadership of PM Imran Khan, is now focusing on job creation and export augmentation through enhanced foreign investments,” the adviser stated.

He noted that the US secretary’s visit to Pakistan was the outcome of recently held discussions between PM Imran Khan and President Donald Trump to promote bilateral trade engagements.

Dawood took up the issue of early convening of the long-awaited 9th session of Trade and Investment Framework Agreement (TIFA) meeting as well as the visit of US business delegation to Pakistan to participate in the Business Opportunities Conference in order to forge a better networking among the private sectors of both countries.

The adviser also suggested that the US International Development Finance Corporation (IDFC) should help develop new businesses in Pakistan.