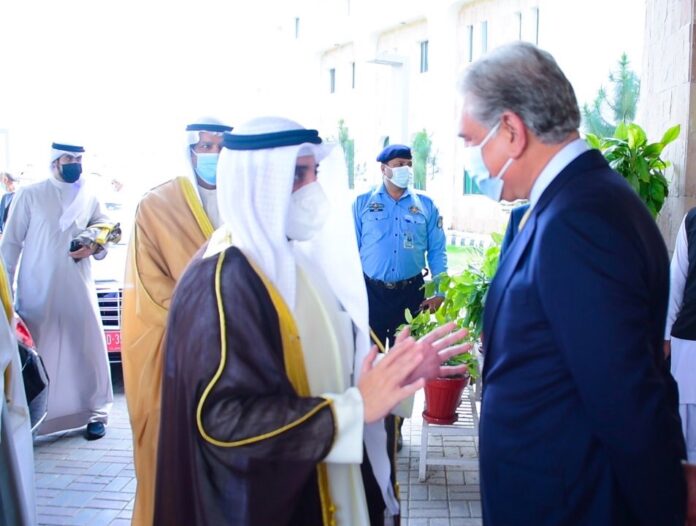 ISLAMABAD: Islamabad has proposed to increase bilateral trade with Kuwait while announcing the early convening of the 5th Joint Ministerial Commission between Pakistan and Kuwait.

In this regard, Foreign Minister Shah Mahmood Qureshi while talking to his Kuwaiti counterpart Sheikh Dr Ahmed Nasser Al-Mohammed Al-Sabah, who had called on him here on Thursday, highlighted that there are vast opportunities for cooperation between the two countries in the areas of energy, technology, health, education and defence.

“We also welcome Kuwaiti investment in the country,” he added.

Qureshi said that Pakistan’s ranking in the ease of doing business has improved owing to the transformation of its geopolitical priorities into geo-economic priorities and facilitation of foreign investment in different sectors of the economy.

The Kuwaiti foreign minister affirmed that his country wants to promote economic relations with Pakistan and commended the contributions of the Pakistani community in Kuwait in the development of the country.

Earlier on Wednesday, Interior Minister Sheikh Rashid Ahmed had said that Kuwait would resume issuing visas for Pakistanis. Kuwait had suspended visas for nationals from Iran, Iraq, Syria, Pakistan and Afghanistan in 2011 over security concerns.