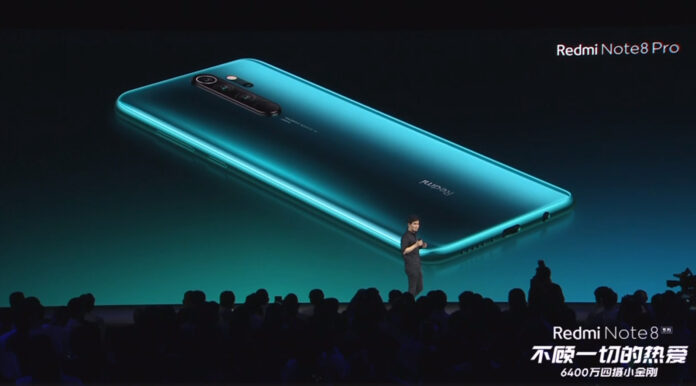 Two days ago, reports surfaced that the smartphone, which had been launched last year, and had been running an older version of Android, would receive an update globally. While the update had been ready for some time, the company chose to delay the release.

As of now, the 1.9GB Over-the-Air (OTA) update, which bumps the software version to MIUI 11 v.11.0.2.0.QGGEUXM, is being rolled out in batches and is expected to be available for all soon.

The phone features a 6.53-inch IPS LCD display and comes equipped with a MediaTek Helio G90T processor coupled with up to 6GB RAM. The device comes with up to 128GB of in-built memory. Moreover, under the hood, there is a 4,500mAh battery with support for 18W fast charging.

Xiaomi’s Redmi Note 8 phones have been one of the company’s featured devices for 2019. These phones offer high-end specifications, including UFS 2.1, a 64MP quad-camera setup, a large battery with fast charging, and much more for an incredibly affordable price tag.

They have been running the latest version of Xiaomi’s MIUI skin for a while now, but with the long outdated Android Pie. This is about to change soon as the global variants for the Redmi Note 8 devices are about to get their official Android 10 updates. The rollout has started with the region and will soon make its way to the rest of the world.

A strange factor about this build, however, is that it says “EU”, which implies that it is an update meant for European devices, whereas the update includes a localised payment security system for Indian devices as well.