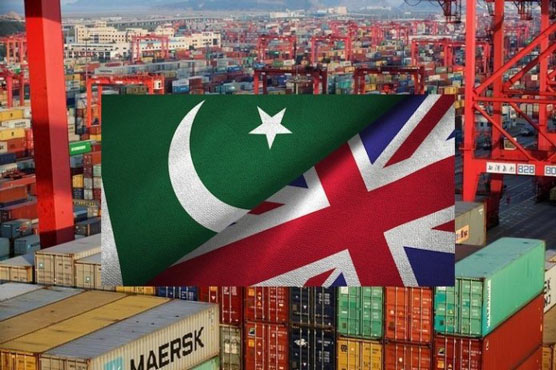 LAHORE: The Trade Development Authority of Pakistan (TDAP) has prepared an eight-point agenda to capture the United Kingdom market and in this regard, consultative meetings with local exporters will be held in March.

TDAP has also issued invitation letters to the Federation of Pakistan Chamber of Commerce (FPCC), Karachi Chambers of Commerce and Industries (KCCI), 13 trade bodies and associations, and 38 companies from different sectors.

TDAP’s consultant on GSP, Kamal Shahryar, informed this scribe that the UK is preparing its own scheme for the Generalised System of Preferences (GSP/ GSP Plus) and is developing a similar arrangement which will become effective from the start of 2021 after completion of the transition period for Brexit. “The Department for International Trade (DIT) and the Department for International Development (DFID) of the UK are seeking inputs from Pakistan for designing of the new scheme which, according to them, will maintain the current level of preferential access available to Pakistan under the EU’s GSP/GSP Plus scheme,” he added.

“While working with the DIT/DFID, the TDAP is holding consultative sessions with the stakeholders (trade bodies/ exporters) in key export cities with the objective of gathering information for making the new UK scheme more user-friendly, improving trade between the UK and Pakistan, and address any issues being faced on the Pakistan side under the current EUGSP scheme,” he added.

“As part of the exercise, the UK is also undertaking a review of its current MFN tariff regime for its rationalisation/refinement. Accordingly, during the planned consultative sessions the TDAP would like to seek stakeholders’/exporters’ input in the following areas relevant to the GSP/ GSP Plus regime as well as overall cooperation between the UK and Pakistan,” Shahryar said.

“The points would serve as a reference for the gathering of information by the TDAP during the consultative sessions it is planning to hold on the subject with the trade bodies/ exporters,” Shahryar added.

According to agenda, the exporters will able to discuss and give their suggestions about the origin certification system that whether the REX system is preferred by exporters over the previous system? If yes, why? The UK reverting to the conventional system in the future is also a possibility.

Similarly, the Rules of Origin (ROO) will discuss in the sessions that exporters may have for making the existing product-specific ROO for EU-GSP more objective and user-friendly for the UK scheme or addressing any imbalances/issues being faced by Pakistan/exporters at present.

The exporters will also give the suggestions for improving UK’s new GSP/GSP Plus scheme for increasing Pakistan’s exports to the UK, or improving eligibility, compliance and operational aspects (e.g. qualifying criteria, conventions, regulations, procedures, etc.) of the GSP/ GSP Plus scheme from the point of view of beneficiary countries/ exporters.

According to TDAP, during the sessions the suggestion and recommendations for protecting the interests of Pakistan’s exports/exporters in view of intended MFN tariff rationalisation by the UK, or assisting the UK in their effort to rationalise their MFN tariff regime for improved simplicity and effectiveness.

Identification of any technical, administrative or compliance issues being faced by any products from Pakistan for their entry to the UK market along with recommendations/possible solutions (e.g. compliance to standards, registrations, certifications, memberships, customs clearance, packaging/ labelling, etc. requirements) will also discuss.

CAA extends travel restrictions for visitors to Pakistan till March 14