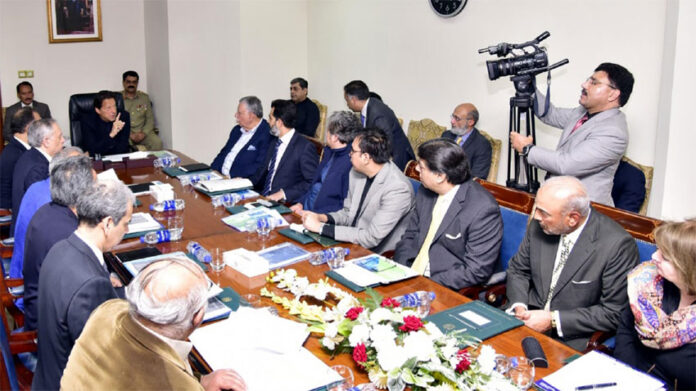 ISLAMABAD: Prime Minister Imran Khan has said increasing exports is the top priority of the government in view of revamping the country’s economy.

He said this while chairing a high-level meeting of Strategic Trade Policy Framework 2020-2025 and Textile Policy 2020-2025 in Islamabad the other day.

Appreciating establishing partnership of the private sector in revaluation of policies on institutional basis, the prime minister said the government believes in achieving economic targets in consultation and the guidance of private sector.

He said the government is determined on continuity of policies. He directed to give special focus on resolving issues regarding setting up of special Economic Zones.

The meeting gave approval to priorities and strategy regarding 26 sectors under Strategic Trade Policy Framework.

It was decided to make the funds announced by the government to support various sectors part of the budget to ensure timely payments.

The prime minister was informed that only Rs 68 billion were provided in the name of support to the textile sector in the last ten years whereas the PTI government has provided Rs 71 billion in last one and half years.

It was told that Rs 27 billion were provided to textile sector and Rs 1.4 billion to non-textile sector in the last three months. The meeting also decided to further simplify refunds procedure for the business community and any difficulties in this regard should be resolved on priority