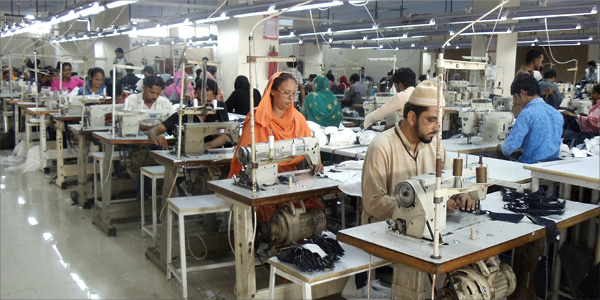 LAHORE: Pakistan Hosiery Manufacturers & Exporters Association (PHMA) Vice Chairman Shafi Butt has urged the government to immediately take supportive measures to keep the wheels of the industry moving and to secure the jobs of millions.

Chairing a meeting at the PHMA zonal office on Saturday, he asked the government to announce an instant relief package to facilitate textile workers during the shutdown period, saying that the industry is considering laying off workers following the cancellation of export orders.

“The industry is unable to pay them [workers] due to liquidity crunch amid non-payment of sales tax refunds,” he maintained.

Butt informed that the industry has already started issuing layoff notices to employees.

“This trend will culminate into unemployment of hundreds of thousands of workers at a time when millions of youth are already unemployed. The government will have to announce immediate relief for the industry as exports shipments to Europe and the USA are being suspended owing to closure of international borders,” he stated.

The vice chairman said that PHMA is highly perturbed over the adverse impacts of the coronavirus outbreak; foreign buyers have started deferring their export orders, resulting in industrial closures and massive unemployment, which can be managed only through government support.

He said in order to save the economy from the impacts of global slowdown, the government should ensure early disbursement of all outstanding sales tax refunds, significant cut in mark-up rate and continuation of energy supply on competitive rates as committed by the government.

“Other countries are combating the situation through massive injection of funds through outright grants, ensuring availability of cheap credit to the industry and deferment of all government dues and taxes.

“The apparel industry is already cash strapped due to the flawed sales tax system which has transferred billions of exporters to the Federal Board of Revenue. The tax department has partially processed claims till Nov 2019, while three months further have passed now,” he added.

Butt urged the government to ensure continuation of electricity and gas supply to the export sector at government committed rates on long-term basis and slash the interest rate to single digit with a view to achieve export target and fully exploit the extension in GSP Plus status to Pakistan.